While there are bigger fishes in the pond on our side of the Atlantic, occasionally a smaller one does enough to give the giants a run for their money.

NanoFlowcell AG, a fuel cell firm from Liechtenstein, Europe, has announced plans to debut another high performance electric supercar at the Geneva Motor Show this year. Code named Quant F, this electric beast borrows the power tech from last year’s Quant e-Sportlimousine and makes it better. The new Quant owns a massive 1,075HP engine, which enables the car to go beyond 186 mph. 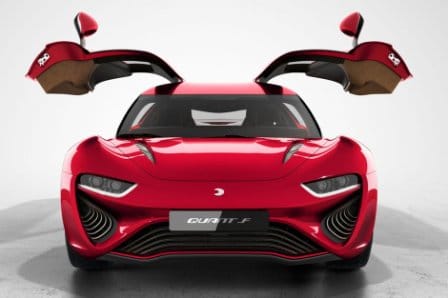 The Quant has an all-electric range of around 500 miles, thanks to its two 66-gallon tanks full of ionic fluid: one tank has positively-charged fluid and the other negatively-charged, which supply power to the four electric motors (one at each wheel).

A nice little perk is its ability to switch all power to the rear wheels when your foot is stuck down hard on the acceleration. It does so by disengaging the front axle, which may turn out to be a noisy affair.
This beautiful piece of technology is dressed in a carbon fiber monocoque chassis, and is sure to cost considerably more than an arm and a leg.

Sedan vs coupe is an old battle that has been fought by many car enthusiasts as some prefer vehicles like Integra sedan, and others like to have cars like Chevy coupe. But, most of the debaters have... END_OF_DOCUMENT_TOKEN_TO_BE_REPLACED