Although there are still a few days to go while we welcome the coming year, auto manufacturers have already presented us with the New Year sensations. With the revelation of 2014 editions from their respective makers, I will hereby evaluate and rate them on the bases of style and design, tech specs, pricing and other features. Find out the 12 sensational cars for the next calendar year.

Publicized as a concept car in 2009, Cadillac ELR is all set to land on the roads with 2014 tag on it. With 1398 cc EcoFLEX LUU I4 engine, ELR is a 2-door coupe. Having a ground-breaking design of next generation car, this hybrid model has a total range of more than 480 km. The car has a starting price tag of 75K excluding destination charges, which is a high figure for a coupe. With this launch, Cadillac has achieved the best in itself, and has already been shipped to dealerships. 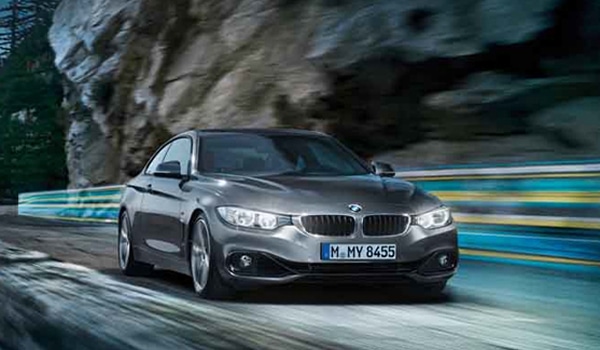 As BMW announced earlier, this sporty coupe will be the replacement of 3 series. Revamped to 4 series, the standard 428i coupe is empowered with 2.0-liter turbocharged inline-four engine with output up to 242 horsepower. The price for this coupe ranges from standard $41,000 to highly equipped $60,000, excluding destination charges. This new line-up should reap well and stay in for a while. 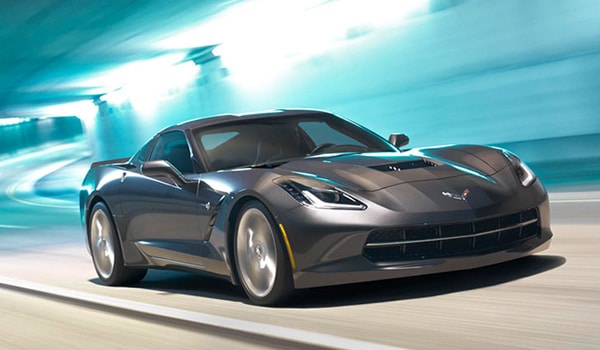 After 1976, Chevrolet has now renamed the series back to Stingray in the upcoming 2014 seventh generation C7 model. Lying under the sports car category, the vehicle is obtainable in 2-door convertible and 2-door coupe body styles. Its 350 cubic-inch small block V8 engine has the capacity to produce 450 horsepower. The price goes as low as $51,000 and reaches to $70,000 with added features and functionalities. Some report it to be a gadget oriented car. 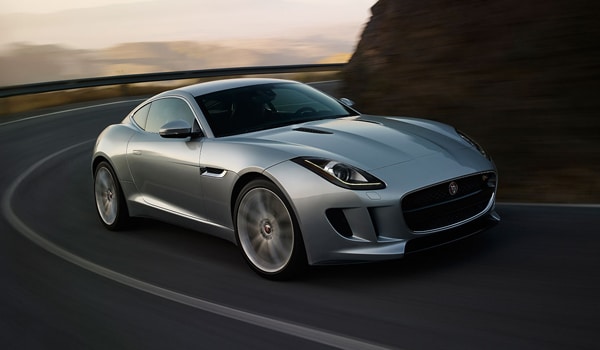 This 3.0-liter and 5.0-liter V6 sports car is not much like its predecessor, E-Type. Available in 2011 as a concept model, the vehicle will preside over the highways in 2-door roadster and 2-door coupe body styles. Engine of up to 375 horsepower capacity can easily accomplish nearly 100 km/h in less than 5 seconds. It’s incredible 8 speed transmission would easily make it to the top speed of 275 km/h. The lowest price of a standard F-Type being listed at $69,000 does not seem a bad deal. 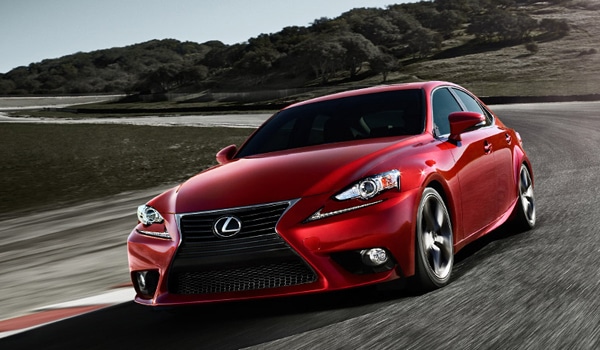 The Japanese manufacture has overhauled its IS series in the all-new 2014 version. The upgrade complemented with more of infortainment and technological enhancements rather than mechanical specifications. The overall design has also been revised for enriched aerodynamics and inner comfort. The pricing package starting from $35,950 is epitomic for a luxury sedan. This entry level luxury car is offered in: 4-speed automatic, 5-speed both automatic and manual, and 6-speed manual. 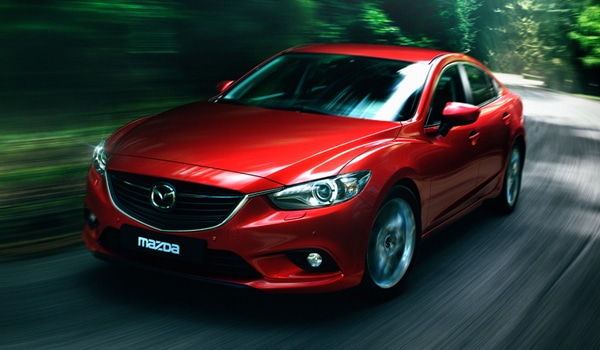 Since 2002, Mazda has been able to sustain the Mazda6 in relatively lower-priced markets. With major reforms in design and styling, this 4-door saloon gives a superior look, a hallmark of other luxuries. The automobile is equipped with a 2.5-liter 4-cylinder engine, accompanied by 6-speed automatic and manual transmission. And, the price remains competitive with a listed value of $20,990 for a standard version. It is among the top rated mid-size cars as reported by authenticated online portals. 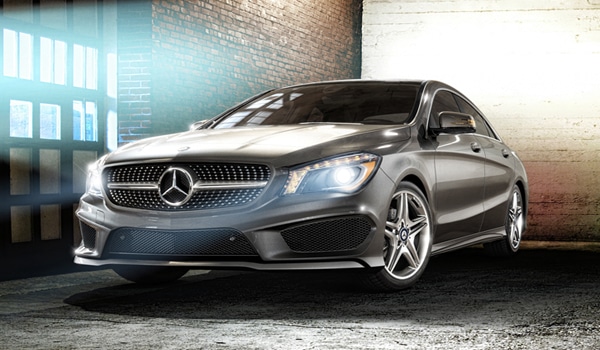 CLAs with both, the front-wheel and all-wheel drive, have already hit the roads and collecting appreciations. It is also regarded as the scaled up version of C-Class with enhanced interior. This new range of production from Mercedes has transmission options of 6-speed manual and 7-speed automatic. However, the lowest price of $29,990 aims to make this luxury under a mainstream affordability range. 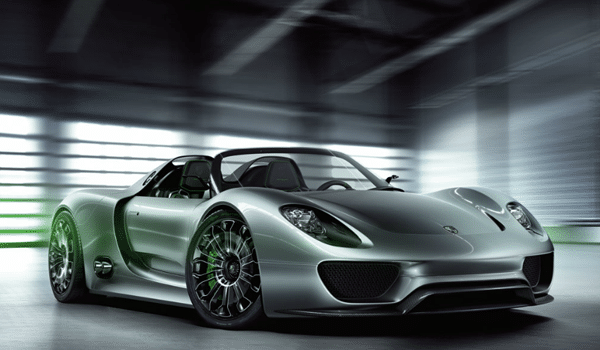 Giving a sight of Formula 1, the new Spyder from Porsche is the splendid sports/racing car with a 4.6-liter V8 engine. The speed machine is able to generate nearly 900 horsepower, achieving 60 mph in less than just three seconds. The recorded top speed of this road storm is 345 km/h, which is quicker than what Porsche thought. The price tag is equally proportionate to its hi-tech qualities. The vehicle will be obtainable in early 2014 at a starting price of $845,000. 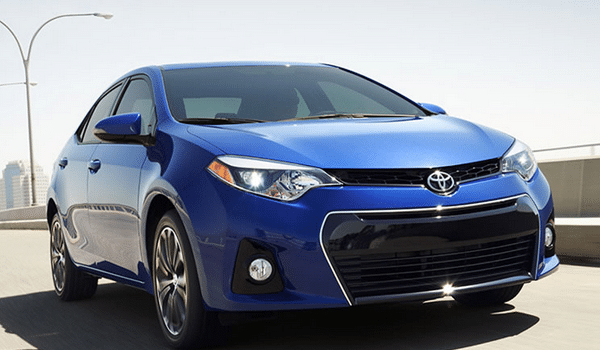 Spectators are just to experience the eleventh generation of Corolla. The exhilarated new design replaces the previous one that endured for four years. Rest of the specs are not much tweaked as the car is available in two four-cylinder engine options 1.8-liter 2ZR-FE and Valvematic 2ZR-FEA. However, the makers have embedded much in interior and security features. The written off price for 2014 Toyota Corolla starts from $16,800. 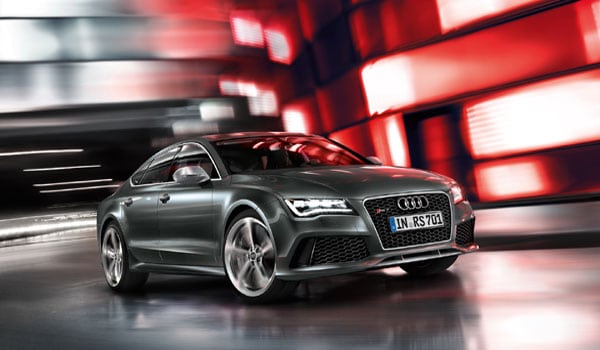 Audi has brought something new with this A6 derived model. RS7 is an all-wheel drive inclosing a 4.0-liter twin turbo V8 engine, with a capacity up to 560 horsepower. The RS7 unibody is made up of 80 percent steel, having some real weight. Lacking the due publicity and advertising, the car still has a retail price starting around $90,000. However, the starting price for American market is $104,000. Analysts report this car to be in a taut competition with BMW MS, Lexus IS, and Mercedes Benz E63. 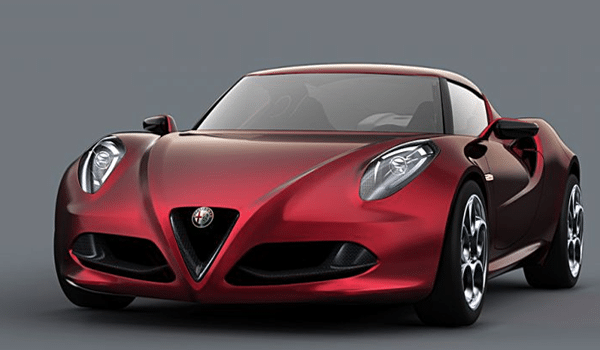 Although the production of this 2-door coupe sports car started this year in Italy, it will be re-launched in the US. Despite being a car with perfect sporty look, the vehicle offers engine capacity of a sedan. This package of 1.7 liter turbocharged four cylinder engine, generating 240 horsepower, is placed with $86,000 price sticker on it. 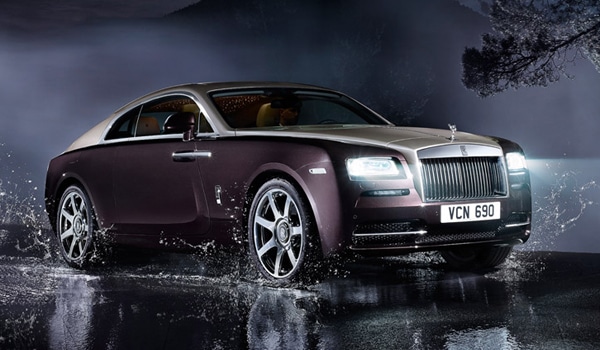 Rolls Royce re-launches its 1938-39 model once again with all new look and features. This dynamic ride has got a 6.6 liter twin turbocharged V-12 engine. The beast is created on the same platform as BMW F01. As you might expect, it is an expensive one to buy with a retail price somewhere around $300,000. The model is claimed to be the most deluxe British car, built by Rolls Royce.

Although there are dozens of other rides moving to the year 2014 with their new featured models, the above 12 are however the ones everyone would dream to start a year with. As the new calendar approaches, let us wait and watch, which of these surpass the rest.

Sedan vs coupe is an old battle that has been fought by many car enthusiasts as some prefer vehicles like Integra sedan, and others like to have cars like Chevy coupe. But, most of the debaters have... END_OF_DOCUMENT_TOKEN_TO_BE_REPLACED