The 2014 Bentley Spur is a four door luxury sedan that formerly was known as Bentley Continental Flying Spur. When it was called a Continental it was something fabulous and perfect however, the 2014 version that is named as Flying spur is something more better and high end in terms of styling, performance, acceleration and comfort. The 2014 Bentley Flying spur didn’t lose any of its Continental features and charm but actually it put on some more features and  a refreshed look to chase the rivals. Certain styling and structure changes are made to the Flying Spur to set apart from the GT version and to make it further distinctive and impressive. The new Bentley Flying Spur has shed about 110 pounds weight and Bentley claimed that the car features more than 600 new parts. This means, there are lots of new things to explore. 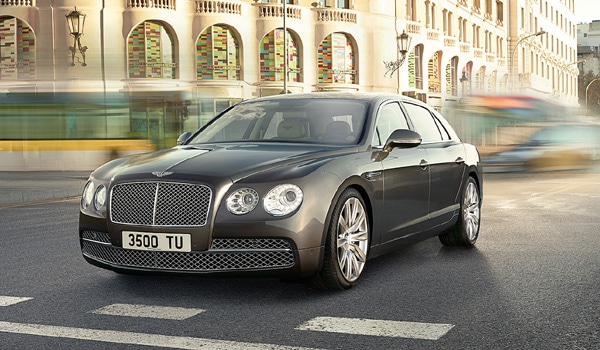 The new 2014 Flying Spur shares lots of design elements with the previous Continental versions with slight changes. The front end of the Bentley Flying Spur for the 2014 is complemented with an upfront chrome grille with a set of new LED headlamps sparkling like jewels, larger outer lamps, all new wing vents are offered to the front fenders with a “B” motif, a longer rear end with horizontal single ellipse LED tail lights.

The interior of the 2014 Flying Spur is enhanced with over 600 new parts and only grab handles, some features of front console and controls, armrests and sun visors from the previous models. The luxury sedan lovers can access the Flying Spur in both four seats and five seat versions with a redesigned front and rear, natural premium quality leather upholstery, and 12 different and elegant interior colors. Other standard interior features are 14 way adjustable seats with memory and lumbar settings, a redesigned center console with a new storage area, stowage case and is trimmed in veneer, hand crafted wood accents, cruise control, tilt and telescoping steering wheel, dual zone climate control, 8-speaker audio system with CD player, satellite radio and memory card slot. 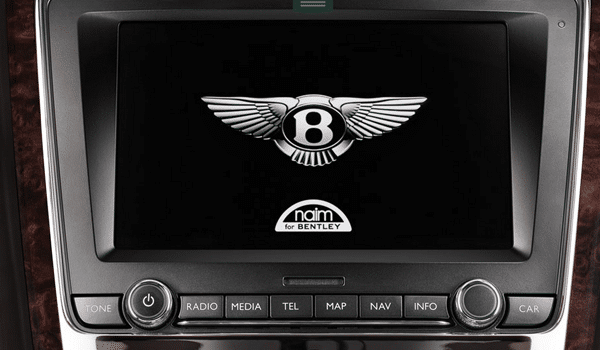 The 2014 Bentley Flying Spur gets power from a 6.0 liter 48 valve, Twin-Turbocharged W12 engine that is good for 616 horsepower and 580 lb ft of torque. The engine is paired with an upgraded torque management, optimized exhaust and Turbocharger control system. The engine is mated with an eight speed ZF quick shift gearbox that help the car to reduce the fuel consumption by 13%. The car sprints out from 0-60 mph in 4.3 seconds at a top speed up to 200 mph. The EPA rated fuel economy is 12 mpg city and 20 mpg highway.

The car will get an estimated base price of $206,225 and is expected to go on sale this fall. 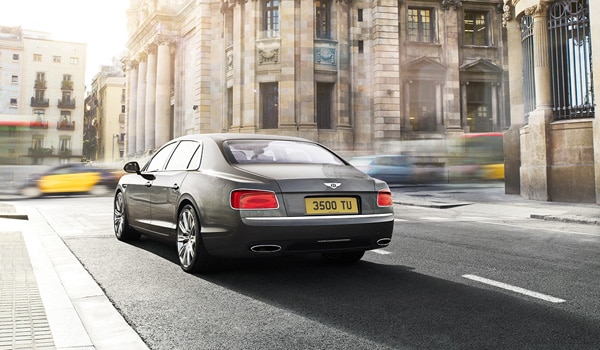 The Bentley’s Continental version was just a “Wow” but the new 2014 Bentley Flying Spur is a big “Wow” that will make people stare at and to think about the new version seriously. According to the available information it is looking like an impressive addition to the segment of luxury sedan however, we have to wait a little to get the car in the real world  market.

The Brits are very enthusiastic about their motorcars. Let’s take a look at the latest market trends and best-selling cars in the UK: Ford Fiesta: Image Source: Flickr It is astonishing to see but... END_OF_DOCUMENT_TOKEN_TO_BE_REPLACED