Diesel vehicles are the hot favorite of potential car shoppers since very long because these are the vehicles designed to deliver impressive performance with amazing fuel economy. In the North American Market, the Volkswagen has a “Monopolistic” approach in the segment of diesel vehicles and about the half of the market is filled with Volkswagen’s diesel models. Finally, Chevrolet decided to step in the market and to try its fate with an all new diesel version of its hottest selling sedan Cruze. The Chevrolet unveiled the 2014 Cruze diesel version at the 2013 Chicago Auto Show. The Chevy’s Cruze is already known as a non-hybrid car providing impressive highway fuel economy and with the diesel version we can expect something more fascinating and impressive. 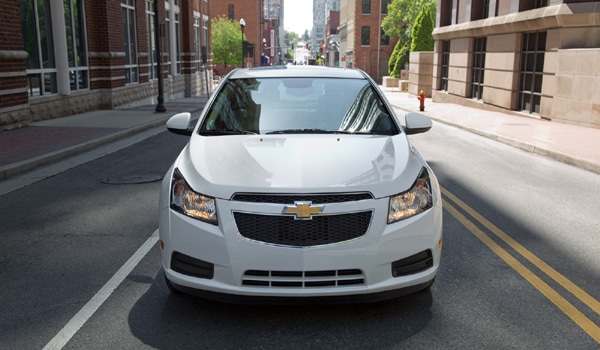 The 2014 Chevrolet Cruze diesel, an all new version of the gasoline powered Cruze models and so it shares lots of exterior and interior features with its gasoline powered bro. The car have same tier front grille with Chevy’s logo, huge headlamps dominating the front, sculpted hood and a short rear deck like sports coupes. A unique dash mat and hood blanket will help the shoppers to distinguish the diesel version of the Chevy Cruze. Ten distinctive exterior colors are offered to the Cruze diesel. 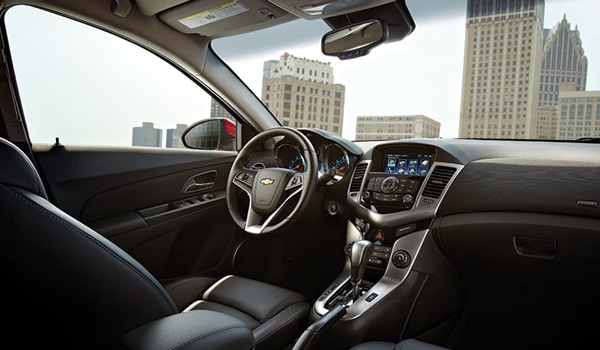 The interior of the 2014 Cruze Diesel is same with the Cruze gasoline powered version. The cockpit of the Cruze diesel is inspired from Corvette’s twin-cockpit motif and the materials used are of superior quality and soft touch. Standard features are leather upholstery, Chevrolets MyLink system with a seven inch diagonal touch display, OnStar, Bluetooth Wireless technology, SiriusXM satellite radio, steering wheel mounted controls and iPhone connectivity. The interior is comfortable with 42.28 inch front legroom and 35.35 rear leg room. The cargo area is also impressive that you can increase with 60/40 split/folding rear seats.

The 2014 Cruze diesel also fits some high tech and effective safety features to make it a perfect choice for each and every aspect. The standard safety features are 10 airbags, rear vision camera, an electronic stability control system  with traction control, rear cross traffic alert and side blind  zone alert that are not available on the top rivals. 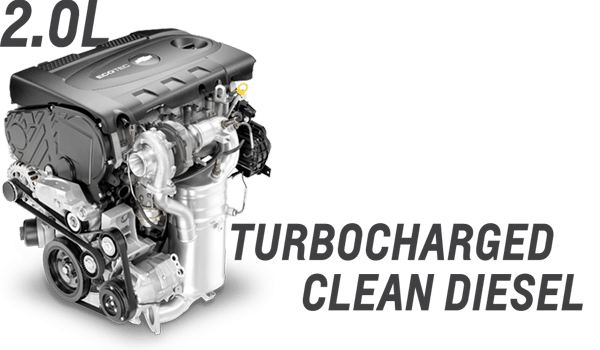 The 2014 Chevrolet Cruze Diesel fits a 2.0 liter clean turbo-diesel engine that generates 151 horsepower and 264 lb ft of torque whereas the Volkswagon has 140 horsepower and 238 lb ft of torque. The diesel engine is mated with a six speed automatic transmission and the car accelerates from 0-60 mph in 8.6 seconds that is 0.5 seconds faster then the Volkswagen diesel models. 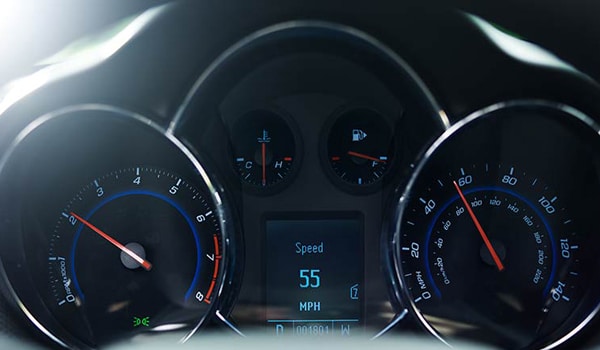 In terms of fuel economy, the EPA rated the 2014 Chevrolet Cruze at 27 mpg city and 46 mpg highway and when we compared it with the direct competitor it is 4 mpg’s high as the Volkswagen Jetta TDI is rated at 42 mpg highway.

The direct and key rival of the 2014 Chevrolet Cruze is Volkswagen Jetta TDI that is equipped with a 2.0 liter four cylinder turbo diesel that generates 140 horsepower and 236 lb ft of torque with EPA rated fuel economy of 42 mpg highway. The Cruze has notably a potential to attract the shoppers.

The 2014 Chevrolet Cruze will come at a base price of $25,695 including destination charges whereas the key rival VW Jetta TDI has a lower price tag, $23,055. 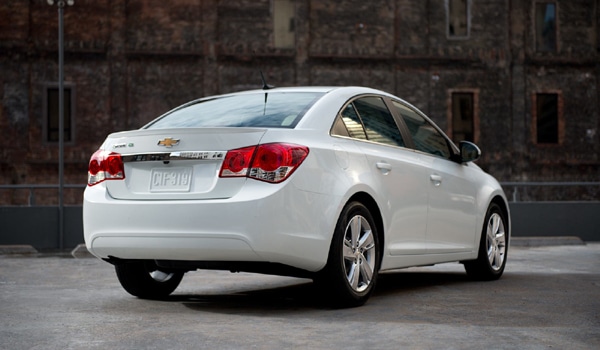 The Volkswagen Jetta TDI is currently dominating the North American market but after the detailed review of the Chevrolet Cruze diesel, it seems that things will change quickly.

The Brits are very enthusiastic about their motorcars. Let’s take a look at the latest market trends and best-selling cars in the UK: Ford Fiesta: Image Source: Flickr It is astonishing to see but... END_OF_DOCUMENT_TOKEN_TO_BE_REPLACED