Nissan has announced the pricing for all new 2015 Versa Note hatchback for US, which is now available on sale with all Nissan deals across the nation. The base model of Versa Note has been priced at $14,180, which is a sharp hike of $190 from 2014 model. Launched in 2014, this is the second year of production for Versa Note, which now has five models namely S, S Plus, SV, SR and SL. 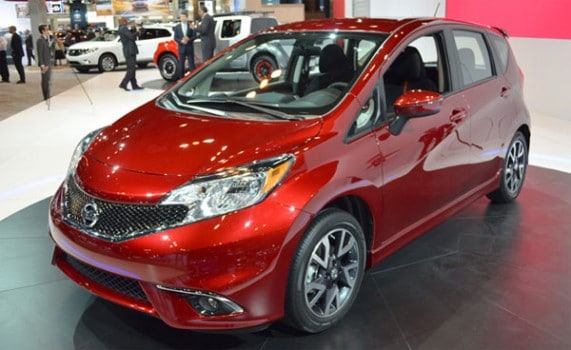 New features include a better and sporty front and rear grille, added fog lights, 16-inch sport alloy wheels, and superfine suede type seats. Also included for Versa Note SL is NissanConnect for Mobile Apps, “Divide-N-Hide Adjustable Floor” and RearView Monitor. All other standared features like Bluetooth Phone System are included, while the equipment package has been updated. The new model Versa Note 1.6 SR Xtronic has been priced at $17,530 USD, while Versa Note 1.6 SL Xtronic costs $17,960 USD. The economy rating is expected to same as 2014 at 31 mpg city.

Sedan vs coupe is an old battle that has been fought by many car enthusiasts as some prefer vehicles like Integra sedan, and others like to have cars like Chevy coupe. But, most of the debaters have... END_OF_DOCUMENT_TOKEN_TO_BE_REPLACED