Cadillac has unveiled the specs and images of all-new third generation CTS-V, which will make its debut at the upcoming North American International Auto Show in Detroit. The specs prove that it is the most powerful sedan ever produced by Cadillac.

The 2016 Cadillac CTS-V uses a 6.2 liter LT4 V8 engine, which is borrowed from the 2015 Chevrolet Corvette Z06. This engine gives a maximum output of 640 hp, which is almost double compared to high-line 2014 Cadillac ATS. In addition, the performance car will also get a new eight-speed automatic transmission.

The new CTS-V also compresses its direct competitor, the Audi RS7, offering a surplus of 80 horsepower. Comparing the performance standards of both cars, the CTS-V covers 0 to 100km/h distance in just 3.7 seconds, while the RS7 does it in 3.9 seconds. Similarly, the CTS-V can go as fast as 322 km/h, in comparison to 280 km/h of RS7. So, it is very obvious that the next generation CTS-V is transcendent in power and speed. 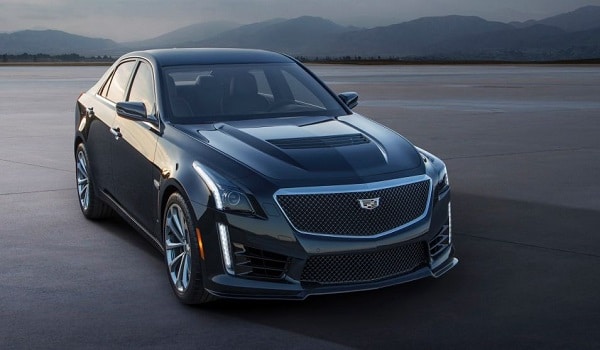 The third generation CTS-V is not only commendable for its performance, but also for the new design with standard carbon hood and optional carbon fiber vent. Other improvements on the exterior styling include a front splitter and a rear spoiler. On the inside, it has more refined luxury appointments making it better than its predecessors.

After its launch next year, the 2016 Cadillac CTS-V is certainly going to be amongst the most sensational cars.

Although the price is not disclosed yet, we can assume it to be competitive in its market segment.

The Brits are very enthusiastic about their motorcars. Let’s take a look at the latest market trends and best-selling cars in the UK: Ford Fiesta: Image Source: Flickr It is astonishing to see but... END_OF_DOCUMENT_TOKEN_TO_BE_REPLACED