4 Forgotten Bond Cars That Are Worth Your Attention 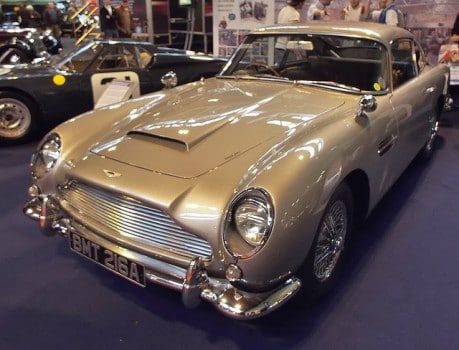 News from across the pond reveals that actor Damian Lewis is all set to replace Daniel Craig as the iconic British spy James Bond. So, we thought we would take a look at some of the not-so-famous cars that Bond has driven over the years. There are plenty of top ten lists on other new sites and blogs, so we hope we’ve come up with something a little different. Here are four forgotten Bond vehicles that are worth a moment of your time.

The Hornet was stolen by Bond – as many cars tend to be – from a car dealers in The Man With The Golden Gun. It was this car – albeit a slightly modified version – that did the famous corkscrew twist across a broken bridge. Needless to say, we don’t recommend trying that yourself. There is always a stack of AMCs on sale over at Hemmings, and some of them come in at reasonable prices. If you go too cheap, however, you can expect to spend a long time doing them up.

The Bentley was mentioned or seen in some movies and is a cast-iron classic of a car. Bond won it in a game of cards in Moonraker, but by the end of the film it had been destroyed completely after a manic car chase. It was mentioned briefly in Live and Let Die, and then a comeback performance in Casino Royale ended by the Bentley suffering a great deal of damage. If you are thinking of buying one, start saving those dollars. You can easily expect to pay well over $500K for a 1933 Bentley in good condition.

Daniel Craig got behind the wheel for the rebooted Casino Royale back in 2006. This time, it was an Aston Martin DBS – and it was given some stick. In fact, the DBS managed to break a world record by rolling over seven times. Although we’re not sure that we would be too happy about it if the car belonged to us! Fancy driving one, rather than rolling it? Well, take a look at these exotic car rentals and you will see they have a convertible Aston Martin DBS all ready to go. So if you’re ever in LA for a weekend, why not do it in real Hollywood style?

Not the fastest, nor the sleekest Bond car, but takes a place on the podium for its sheer usability. Having had the Mercedes’ tyres blown off by machine gun fire, Bond does the only natural thing anyone would do. He steers it in hot pursuit of the train carriage he is after along the railroad tracks, metal against metal. Now, truth be told, I would like a go at this myself. But I can’t see there being too much possibility. Fancy a Mercedes 250SE? They are certainly more stately than the rest of our choices, but they still cost. Expect to pay around $50K for excellent condition.

Got a favorite Bond car? Let us know down below in comments!

The Brits are very enthusiastic about their motorcars. Let’s take a look at the latest market trends and best-selling cars in the UK: Ford Fiesta: Image Source: Flickr It is astonishing to see but... END_OF_DOCUMENT_TOKEN_TO_BE_REPLACED