A Fast and Free Charging Station for Electric Cars

Mac McManus has opened up a fast charging station for Electric Vehicles at Ashland, which can fully charge an EV’s battery in just 30 minutes, best of all, it’s free. 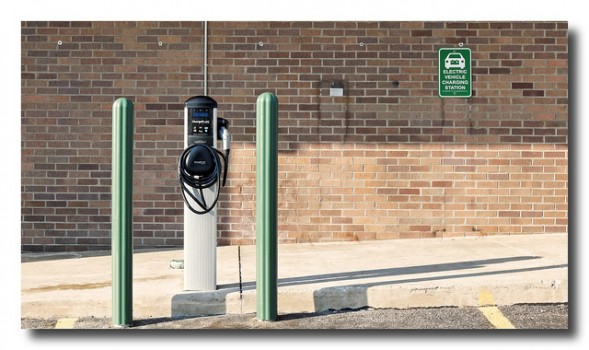 The charging station is compact, with equipment about the size of a typical gas pump. It uses three-phase, 208 volt and 100 ampere electrical current. Presently, Mac McManus is extending the service free of charge and electric vehicles mediating between Interstate 95 and US 1 can greatly benefit from it. The charging station can efficiently recharge Nissan Leaf in 30 minutes, larger capacity Tesla Model S can take up an hour to get fully recharged, while the plug-in hybrid,  2016 Chevrolet Volt can also be recharged easily.

Virginia Clean Cities, an independent non-profit organization working for green environment and providing better technology in your car, has helped McManus in attaining the equipment, which costs approximately $55,000 for deployment. According to Department of Motor Vehicles, Virginia, out of total 7.8 million vehicles listed till last month, 2,256 were electric cars and 104,776 were hybrid electric cars. It means electric cars are expanding in numbers and sustainable measures need to be taken to cope with the demand, and promote environment friendly mode of transportation. The limited number of charging stations for EVs is a distinctive setback in their growth, because the owners are bound to stay within the radius of closest charging station, and longer journeys also become difficult.

This can be put in a correlated picture of EVs and Chargers, where expansion of one mounts the need of the other. In part, it can also be attributed to low efficiency of first generation electric car technology. There is still a lot of room for improvement.

The Brits are very enthusiastic about their motorcars. Let’s take a look at the latest market trends and best-selling cars in the UK: Ford Fiesta: Image Source: Flickr It is astonishing to see but... END_OF_DOCUMENT_TOKEN_TO_BE_REPLACED