In the Northeast side of the country at least five people were killed in crashes due to ice-frozen roads. 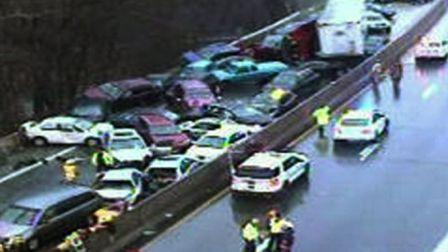 According to FoxNews, dozens of vehicles were caught in accidents across Philadelphia at Interstate 76 and 476 killing 3 people. Meanwhile, in northeastern Pennsylvania another driver died as his car slipped on the icy road and threw him out onto another vehicle, while an 88 year old woman was also died due to slippery conditions in Connecticut.

The National Weather Service has warned that the weather may continue to grow worse and people should avoid travels that route from northern Maryland to Philadelphia and up through northern New Jersey.

Sedan vs coupe is an old battle that has been fought by many car enthusiasts as some prefer vehicles like Integra sedan, and others like to have cars like Chevy coupe. But, most of the debaters have... END_OF_DOCUMENT_TOKEN_TO_BE_REPLACED