Audi R8 Spyder Likely to Come Out Next Year

Theophilus Chin, an automotive manipulator, has rendered the second generation Audi R8 V10 Plus by chopping off the roof from the car to make a Spyder version. Audi raised the curtains off its R8 last month at the Geneva Motor Show but revealed only the coupe version with the convertible variant expected to release next year. 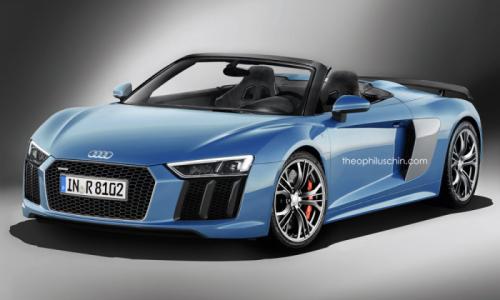 From the experience in the Automobile industry, Matt Baines has been exposed to a large number of motor topics. I have drawn on this knowledge in my personal encounter with various motors and in writing white papers for the industry and clients from numerous platforms.

Sedan vs coupe is an old battle that has been fought by many car enthusiasts as some prefer vehicles like Integra sedan, and others like to have cars like Chevy coupe. But, most of the debaters have... END_OF_DOCUMENT_TOKEN_TO_BE_REPLACED