Every once in a while an innovation comes down the pike which actually holds the potential to make our lives easier and the best candidate for this type of revolution right now is the “app” or “application,” which is a piece of software designed to fulfill a specific purpose.

The essence of the impact apps have on our lives today can be discussed without any nerdgasms or calling out the Geek Squad.  One of the most remarkable aspects of apps is that they can be used on all types of smartphones including Androids, iPhones as well as iPads and tablets.

The apps we are going to concentrate on today are those that help Android users with driving. Whether you are a trucker who drives for a living or someone who enjoys driving, these crème-de-la-crème apps can help you on a daily basis.

It is fair to say that most of us, at one point or another, have been caught on the road with an almost empty fuel tank. It is painful when this happens in an unknown area and you have no clue where the nearest gas station is. To make matters worse, you may find yourself with not enough cash for gas. 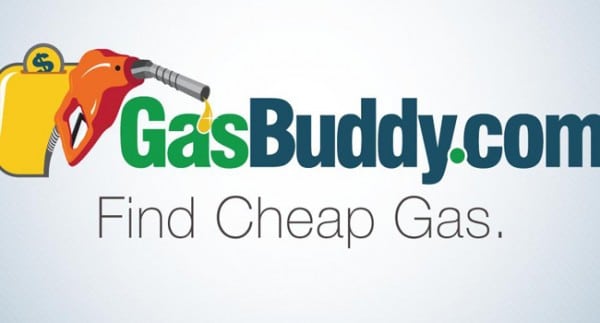 With the soaring gas prices, fueling up is not an attractive proposition. Gas Buddy is an app that works off of your phone’s GPS system and is intended to come to your rescue during such times. It gives you a list and a map view of the nearest gas station that offers gas at cheaper than usual rates. The type of vehicle you drive doesn’t matter and you can even find the right type of fuel for your vehicle.

Waze built up a storm in the GPS navigation scene in 2013 and is expected to give GoogleMaps a tough competition in 2014. Fortunately, Google already bought the app for $1.3 billion, making it a win-win situation for the search engine giant. 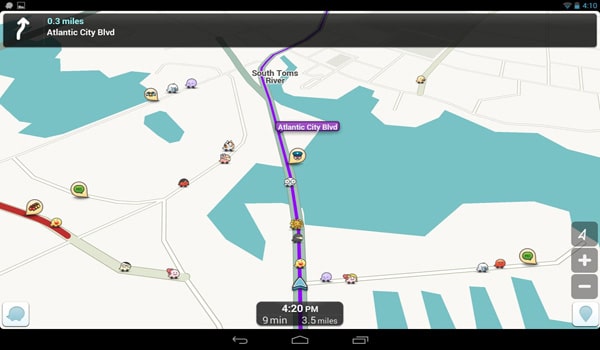 Waze has the ability to take you from the starting point to the destination via the quickest route. However, the app is unique in that it is community-based. It offers voice guided navigation and you can report hazards, accidents, police traps, diversions and other things you see on the road as well as receive alerts on your route too. You will find community shared gas stations and fuel prices. Waze also allows you to find Facebook friends driving on the same route.

This is an app with a mind of its own and it keeps tracks of your frequently visited places, time of travel and preferred routes. Tell others you’re on your way by sending a link showing you as you drive. This is a fun app that is a must have in your Android phone.

A major update in 2013 has transformed Google Maps for Android into a refreshingly more organized app than ever before. It offers driving directions, live traffic reports, accident rerouting, better options to explore local businesses and destinations and much more. 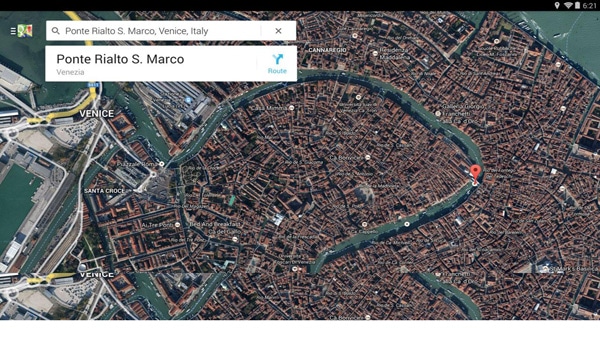 Even with smart new apps like Waze around, Google Navigation is still considered to be one of the best navigation services for Android.

It can happen in huge parking lots or because you simply have the habit of forgetting. Whatever the reason, you now have your valet to help find your car in the parking area. 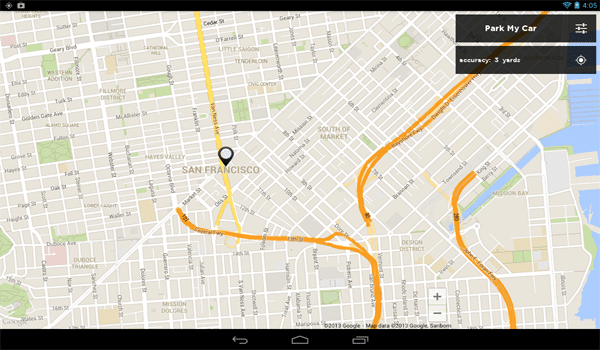 Once you park your vehicle, just open up Valet and click on “Park My Car” for the app to drop a pin on the location. Once you’re ready to get back, the app will show you where your car is parked, leading the way with turn-by-turn walking directions.

If you forget to open the app and click on park, the Valet will check the Bluetooth connection to your car stereo (if you have it) and mark your car’s location automatically.  If you have an Android phone and a car with Bluetooth, then this app is a must.

We know how unsafe it can be to answer calls, read messages or email while driving. But the urge to check the phone is always there, especially when expecting an important mail or message. 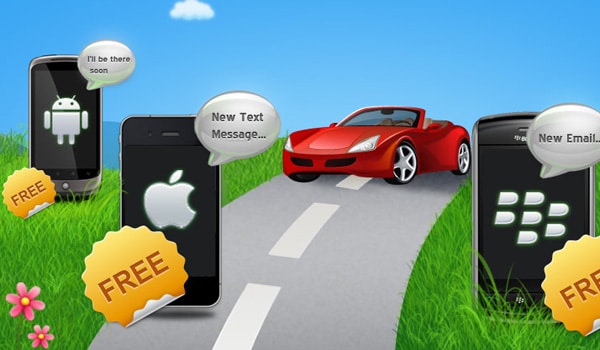 In the absence of a traveling companion who does these things for you, DriveSafe.ly by iSpeech is an app with the ability to read out messages and emails, allowing you to hold on to the wheel and concentrate on the road. This simple but useful app uses Android’s text to speech application. This is a free app, but Pro and Enterprise versions are available at a small cost.

Now there are apps that not only let you drive your car, but help you understand it better. Torque is one such innovative and useful app that enables you to communicate with the brain of your vehicle – the ECU.

Torque offers the car’s performance data without the use of any extra hardware other than you Android phone.

The main attraction of Torque is its ability to get into the car’s ECU and check it. This needs a Bluetooth OBD II compliant scanning tool, which can be purchased online or from car accessory sellers. This should be connected to the to the OBD port of the car. 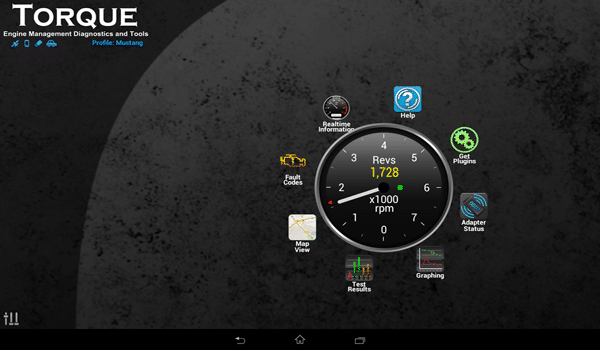 Once you connect and start the app, it starts receiving real-time information from the car. Everything from car speed, boost pressure, engine speed, coolant temperature, fuel and air status, air intake temperature, load on the engine, throttle position and many other details are displayed on your phone.  A light pops up in the dash when there is a problem detected by the ECU. The app displays the trouble code as well as the description, and if it can’t find the code, it looks up the web automatically. Without this app, the only way you could have known all this is from an authorized service center.

The Map view mode shows the exact location of the car. The Pro version has additional features.

It can be a lot of fun interacting with your car and it helps save money on repairs too.

IMP: The car also has to be OBD compliant, with an OBD port in place.

Driving in a seemingly god-forsaken place, with the gas down to dangerous levels, the only thing that stops you from feeling like a character in “I Am Legend,” are the grumbling voices from the backseat asking for food.  Where exactly is the next exit? Will that lead you to yet another non-descript gas station? Is there a food joint nearby? 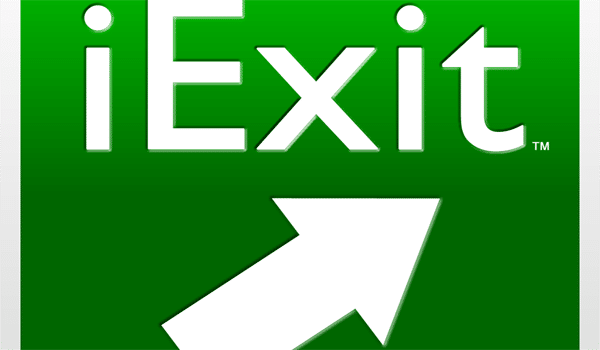 The iExit app handles such situations with aplomb. Right from upcoming exits to rest areas, from food places to lodgings, from big retail stores to gas stations, from pet-friendly to open-24-hours places – it lists out everything filtered the way you want, also giving you the ability to sort places by distance from where you are.

We have seen plenty of navigation apps that offer free navigation. The fact remains that most of them rely on online maps and GPS connectivity. You end up paying not only for data connections but also heavy roaming charges when driving outside city limits. 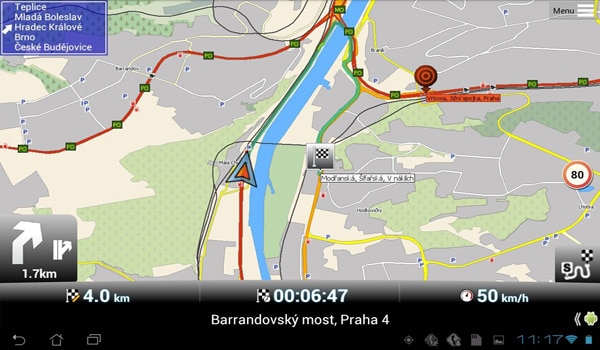 MapFactor is an excellent app that works offline. Map data can be stored on your Android device or a memory card, and can be accessed anywhere and at anytime free of charge. It also offers voice-based navigation support for directions and route planning. With an app like this, you have no need for expensive navigation solutions.

This app helps with driving in real time and uses the native camera of your smartphone, GPS and sensors to detect vehicles in front of your vehicle. It alerts when it foresees danger. It calculates the current speed using the native sensors and when there is a possibility of collision or if the vehicle is steering off the highway, an audio-visual warning signal pops up. It also has a car locator that helps find your parked car. A detailed driving log with pictures of risky events is maintained. 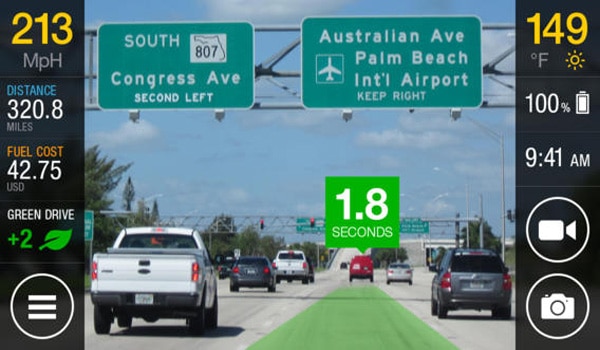 The iOnRoad app received the Best Android Augmented Realty App award for 2011 along with other awards at CES 2012 and the CTIA.

Finally, we come to the most important aspect of driving distraction. According to the official U.S. government website (Distraction.gov) for distracted driving,  using a mobile phone, a navigation system, watching a video, talking and other similar acts are considered distracted driving.

Towards meeting these requirements, there are a number of Android apps designed to cut down on the use of a phone. Since Apple restricts third-party access to most functions, most text restricting functions are available only in Android apps. 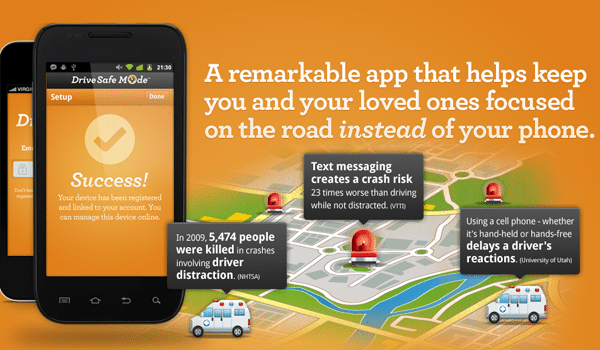 Drive Safe Mode is an app for Android phones that prevents texting, emailing and app use after reaching a certain set speed. It also limits outgoing calls to specific numbers or emergency services, and reports to an administrator or a parent if an attempt is made to delete the app.

Smartphones of today are feature-packed devices unimaginable barely a decade ago. Add “apps” to them and they offer intensive user experiences. In every segment, app makers are racing ahead to offer unique and never-before-seen apps. If you enjoy driving, we’ve put together some interesting apps you might want to download. You can answer calls, attend to important messages, find cheap gas, food, avoid problematic routes, keep in touch with family and friends and so much more – all on the move. H’app’y Journey!

Usha is a freelance writer, editor and proofreader with years of experience working with clients around the world, and has ghostwritten several eBooks. She has more than a decade of executive experience in the health field. An avid Internet marketer with expertise in all aspects of marketing and advertising, Usha has also authored an eBook on Internet marketing. She writes on business, management, health, Internet marketing, technology and a host of other subjects. Her future plans include publishing a non-fiction novel.

Sedan vs coupe is an old battle that has been fought by many car enthusiasts as some prefer vehicles like Integra sedan, and others like to have cars like Chevy coupe. But, most of the debaters have... END_OF_DOCUMENT_TOKEN_TO_BE_REPLACED