The Best Technology In Formula 1

Formula 1 is the ultimate racing arena. It is where the very best drivers in the world push their skills to the limit. The race is a difficult battle of courage, speed and technical ability. Not only that, but it is a true to test of automotive engineering. F1 doesn’t just attract the best drivers in the world, it attracts the best engineers. There are no better cars on the planet.

Cars in racing set the standard for all future road cars. Technology we see in our everyday cars existed years before in F1. Things like traction control and paddle shift gears were all F1 inventions. The everyday functions of a car from Inchape Lexus are informed by racing models of the past. 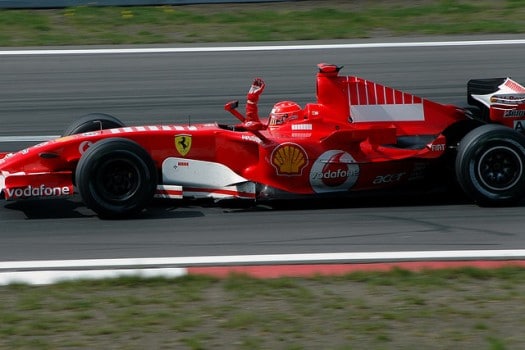 F1 cars show the world what is possible when it comes to motoring. They are the ultimate concept cars. Formula 1 is therefore a great place to look for future technologies.

This list brings together the four best technologies in racing:

DRS stands for Drag Reduction System. It is an innovative technology that aids the process of overtaking. The power and handling of the cars themselves are very equally matched. There is only one or two miles per hour difference in the top speeds across the board. The steering and aerodynamics are all fairly well matched. This means that drivers need another edge in order to get the better of opponents. DRS allowed that. When a driver is within one second of another, they may use DRS. This alters the the rear wing slightly and gives a quick boost of speed. It can only be used in designated DRS zones making for very exciting F1 overtaking.

KERS is no longer in use in F1, yet it was a landmark technology. In 2010, nearly all race teams agreed to renounce it from their cars. KERS is an acronym for Kinetic Energy Reserve System. Essentially it uses regenerative braking to store the energy created by braking. This can then be used like a shot of speed and power. It gives the driver an instant boost. In the end, most race teams dropped it because it was simply too expensive.

The steering wheel in F1 vehicles alone costs around $50,000. The small piece of kit is more expensive than most family road cars! That’s because it is one of the most sophisticated pieces of technology in the world of racing. It contains every single driver function except the throttle and the brake. When racing, drivers need zero distractions. They can’t be searching around the dashboard for the right button. They need it at their fingertips. For this reason, the steering wheels holds their gear shift, their on board radio and an LCD screen. They can make tiny adjustments to the engine and mechanics without taking their eyes off the road.

Racing will continue to set the standard for modern cars. The technology used in this driving arena is the most sophisticated on the planet. Every year, drivers continue to break lap time records and set new targets. If there is a limit on what F1 cars can do, we have not yet seen.

Sedan vs coupe is an old battle that has been fought by many car enthusiasts as some prefer vehicles like Integra sedan, and others like to have cars like Chevy coupe. But, most of the debaters have... END_OF_DOCUMENT_TOKEN_TO_BE_REPLACED