Driverless Cars Set To Be Tested on the Streets of London

London is all set to welcome its first driverless cars and reportedly they will look similar to the electric shuttles being used at Heathrow airport to carry passengers from the parking lot to Heathrow’s Terminal 5. Though these shuttles operate on their assigned tracks, but the driverless cars will be modified and allowed to be tested on the streets of London. The design of the pods has not been revealed yet. 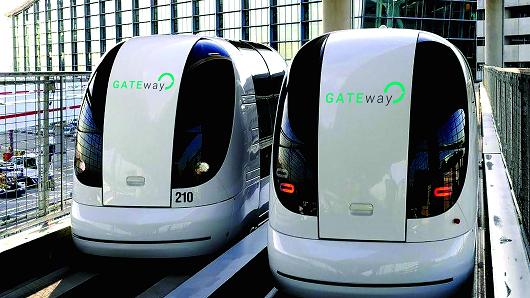 The driverless car project would cost around £8 million ($11.4 million) and is backed by three top British firms including Westfield Sportscars, Heathrow Enterprises and Oxbotica. The specific testing routes for these driverless pods are still under consideration, but reports suggest that they will include residential areas around the Greenwich district near the O2 Arena.

The trials will also take place in Bristol, Coventry and Milton Keynes to help understand the engineers any problems or barriers which may need to be overcome. The academy director at Transport Research Laboratory, Professor Nick Reed stated that the data collected from these trials will help in better understanding the human reaction to these autonomous pods and whether or not they will trust them for their everyday commuting.

Just like the electric pods at the Heathrow airport, these driverless shuttles will also accommodate up to 6 passengers at a time, including a stewardess who should be present to press the emergency brake button in case of an unlikely event.

Professor Reed further said that if the trials prove to be successful, we would soon be seeing the driverless cars in different cities, all around the globe.

The Brits are very enthusiastic about their motorcars. Let’s take a look at the latest market trends and best-selling cars in the UK: Ford Fiesta: Image Source: Flickr It is astonishing to see but... END_OF_DOCUMENT_TOKEN_TO_BE_REPLACED