Electric Supercars: Why Aren’t There More?

Everyone loves super cars – they’re lean, fast and powerful. However, we still often think about super cars in the traditional sense of a vehicle. Typically, they feature an internal combustion engine of some sort. Even the most noteworthy ‘green’ options are hybrids.

So, why do electric super cars seem to be hiding? In short, it’s partially down to the limits of technology, but there’s also a certain stubbornness from the wider industry to focus on just how powerful current electric technology actually is. 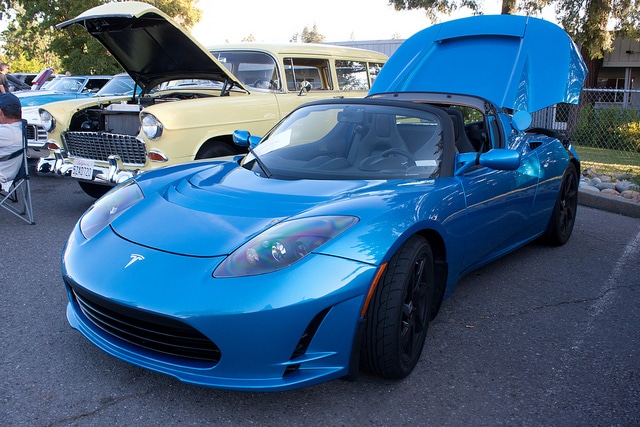 For many car manufacturers, motorsports represent a way to improve technology, as it actively involves research and development. There’s a reason McLaren, Mercedes and Ferrari all actively participate in Formula 1. It’s a showground for proving your latest technology, all of which can be passed onto road-legal super cars.

This makes sense, especially when you consider that speeds of over 200 mph are quite common – although not the average. So, what about electric racing? Formula E caps its vehicle – currently the Spark Renault SRT-01 E – is capped at 140 mph. This in itself presents 2 problems:

Of course, there are a number of electric super cars in production – just not by the big names you would expect. Instead of Ferrari or McLaren, there are new vehicles developed my much smaller teams. Some of the biggest examples include:

Between the last two, it’s clear that the SRT-01 E racing machine is quickly being outmatched by commercial cars. Yet these brands are small names, producing cars that will largely go un-recognised.

When people think of electric vehicles, they think of Tesla or even the likes of the Nissan Leaf: sensible, commercial cars, rather than hyper cars that show off the big potential the technology has.

It’s Not Just About The Engine

Super cars, by their very nature, fine tune everything about a car. Every little detail counts. This means that many of the factors that contribute to such a vehicle are not, in any way, related to the engine type.

In any sport, whether it’s Formula 1 or the World Rally Championship, combating resistance is just as important as getting every last bit of speed from the engine. This is why the correct tyre pressure is so important and major tyre producers (Pirelli for Formula 1, Michelin for Formula E) put so much effort into offering the right products. Again, this is research and data that can be filtered to commercial super cars.

Even something as simple as tyre rolling resistance can change how fast a car can accelerate, which makes a big difference when it comes to hyper cars (where the ability to jump from 0-60 mph is greatly appreciated).

The same can be said for carbon fibre bodywork, weight, suspension and numerous other factors. These are all details that need to be optimised and only enhance the vehicle, regardless of whether it’s petrol, diesel or battery-based.

So, why aren’t there more electric super cars? It’s arguably because the people that are interested in such cars – and the culture surrounding them – aren’t ready to make the jump yet. That said, there are a number of such vehicles available and, with enough popularity, they stand a chance of showcasing what they’re truly capable of.

A Jeep Wrangler Pickup Truck is on the way! How To Choose A Good Used-Car Dealership

The Brits are very enthusiastic about their motorcars. Let’s take a look at the latest market trends and best-selling cars in the UK: Ford Fiesta: Image Source: Flickr It is astonishing to see but... END_OF_DOCUMENT_TOKEN_TO_BE_REPLACED