“Make sure you buy Duracell!” was often an instruction attached when many adults today, as much younger people, were sent off to get batteries. Has anything changed over the years? Duracell has a rich history of innovation and the continuous development of batteries that are compact, powerful, efficient, and long-lasting. 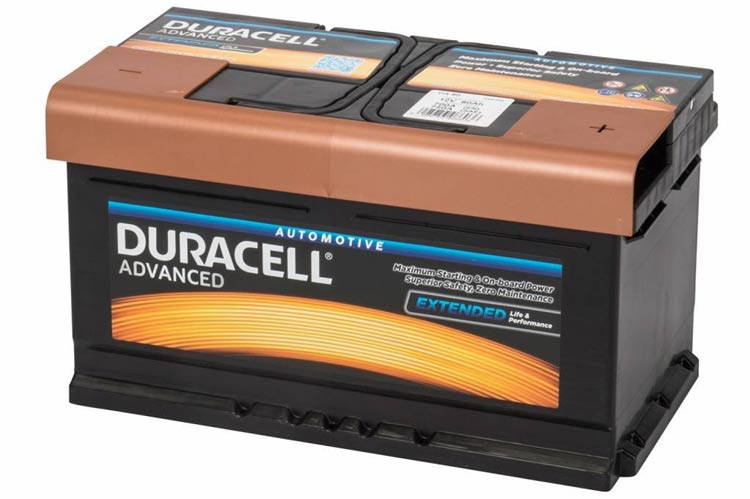 Avery prominent manufacturer of super performing alkaline batteries, rechargeable and specialty cells, as exemplified here, it has come to become one battery brand recommended by many of the world’s largest device manufacturers because of the high quality product experience it offers consumers.

In the year 1964, the name “Duracell” was launched. It was a combination of two words – “durable” and“cell”. The batteries bore the Mallory brand until the 1980’s. The collaboration between Samuel Ruben (the scientist) and Philip Rogers Mallory (the businessman), who met in the 1920’s, gave rise to Duracell.

The company,which was known as P.R. Mallory Company of Burlington Massachusetts, United States, in 1924 relocated to Indianapolis, Indiana. P.R. Mallory made mercury batteries used in military hardware, out-performing batteries employed in nearly all applications at that time which were made of carbon-zinc. In the 1950’s, the camera with a flash was developed by Kodak and the design needed a new size of cell.That was how the AAA size cell came into the picture.

Dart Industries acquired the company in 1978 and then in 1980, it went ahead to merge with Kraft. By 1988 Kohl berg Krav is Roberts took over Duracell; and a year later went public with the company. The Gillette Company, in 1996,acquired it for about $7 billion. In 2005, Duracell’s parent, Gillette, was acquired by Procter & Gamble for about $57 billion.

Carving a Niche in the Auto Industry

The Auto mechanika Frankfurt, the leading international trade fair for the automotive industry with regards to management & services, equipment,  parts, accessories, had Duracell represented from 11th to 15th September 2018. Duracell is equally focused on the latest product developments in the field of starter batteries; seeing that groundbreaking battery technologies, as a vital factor in tomorrow’s mobility, moves ever rapidly into focus.

Increasingly, the batteries used for vehicles’ electrical systems are expected to offer first-rate performance daily. Furthermore, the consistent additions to the comfort functions in vehicles demand enormous amounts of energy. With trucks, for instance, this is evidenced when truck drivers doing long distances remain all through the night in their vehicles; and use a very large quantity of energy consumers. The battery must be particularly robust and resistant to vibration if it would be fitted within the rear of the truck.In the face of all of the above, Duracell’s innovation is also felt in the automobile industry. You can find out more here: https://batterymanguide.com/duracell-car-battery/.

Consumers have come to understand that cheap can actually mean expensive in the long run! They realize that when it comes to choosing a car battery, quality should be the key determinant. These days, starter batteries are specially tasked by the demands of start-stop mechanisms, extra equipment and climatic issues. As a result, cheap batteries have frequently proven to be indeed the expensive solution!

As what is required of starter batteries strongly hinges on climatic considerations and extra electrical/electronic gear, new vehicles are almost all today also fitted with start-stop mechanisms that switch the engine off when the vehicle stops– in view of achieving reduction in fuel consumption and carbon emissions. This taxing demand is no more within the capacity of conventional batteries. We now see how the employment of unconventional start-stop batteries using AGM (Absorbent Glass Mat) or EFB (Enhanced Flooded Battery) technology is necessary.

How Does A Start/Stop System Work?

In standby modes, the start/stop switches the engine automatically off-on at a red traffic light, when you release the clutch or brake, and when you apply the brake in the event of a stop. The implication is that the start/stop system seeks to lower fuel consumption –especially in very busy traffic. This brings with it functionality and potential savings.

In very busy traffic, you consume more fuel than normal! Using a start/stop mechanism, a reduction in consumption as well as emissions of about 8% of CO2 is achievable. The start/stop apparatus places greater exertion on a car’s battery. The battery is required to provide the engine’s energy demands due to an increase in the number of starts during the stop phase. It also provides for the vehicle’s electrical loads. More power and a higher cycle stability is therefore required.

The basic requirement to meet this demand would then be a battery that is especially tough, has a cycle-proof start/stop with EFB or AGM technology, and is capable of remaining completely efficient even in the course of frequent charging and discharging. The utmost specialized batteries series-the Extreme EFB and Extreme AGM– enables Duracell to totally cover every bit of power supply requirement in start/stop vehicles. As a result of economic and environmental consideration, the start/stop mechanism has spread quickly across all classes of vehicles; and this has become another reason Duracell auto batteries have established themselves worldwide!

In 2009, East Penn Manufacturing went into an exclusive arrangement with Duracell to produce batteries under the Duracell brand. Two kinds of automotive batteries were scheduled to be launched at the initial phase. These are the AGM and EHP. In 2012, East Penn Manufacturing significantly expanded its array of automotive battery products under the Duracell brand. These cover one of the most extensive ranges for LTVs, passenger cars and SUVs.

In a broader restructuring arrangement, Procter & Gamble,on October 24, 2014, publicized that it would trade off Duracell in 2015. Berkshire Hathaway, on November 14, 2014,announced its intent to buy up Duracell in a deal of just stocks, made up of P&G stock –owned then by Berkshire Hathaway– worth $4.7 billion. On February 29, 2016 the transfer was completed; P&G having invested into Duracell, in cash, $1.8 billion. P&G also got back 52 million shares from Berkshire Hathaway.

Truck Dealers – How to Choose the Right Dealership? 3 DIY Car Projects That Are Perfect For Beginners

Sedan vs coupe is an old battle that has been fought by many car enthusiasts as some prefer vehicles like Integra sedan, and others like to have cars like Chevy coupe. But, most of the debaters have... END_OF_DOCUMENT_TOKEN_TO_BE_REPLACED