Subaru is a much more versatile and diverse manufacturer than a lot of people give them credit for. They make all sorts of cars, and here are what I see as the 5 best! 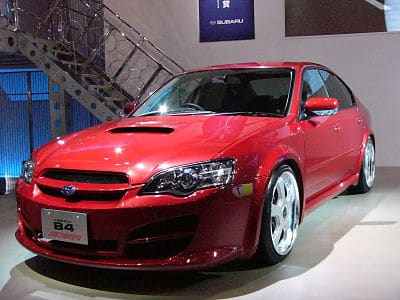 The release of the Legacy was a clear attempt by Subaru to compete in the highly lucrative American midsize car market. And the ploy worked because the car was a huge hit with petrolheads all over the world, and the Legacy remains Subaru’s flagship car.

The GT model is in another league of its own though. In the performance specs, it far outclasses any of the previous Legacy models. It can hit nearly 140 miles per hour, reaching 60 miles per hour in just over 5 seconds.

This might seem like a strange choice to a lot of you, but it’s not. The Leone was Subaru’s top model and flagship car until the Legacy arrived in 1989. It replaced the Subaru 1000 and marked a massive step up in the companies powers and capabilities.

There were a few generations of the Leone, and, for me, the first generation was the best. They were produced between 1971 and 1981. It was available in both a coupe design and a station wagon design. The front-wheel drive coupe was the most striking and impressive of the two though. 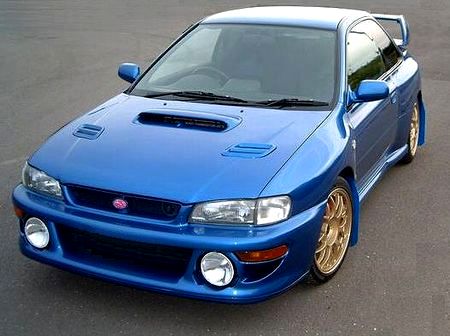 There are a lot of great Imprezas to choose from in the Subaru stable, but I’d argue that the best is still the 22B STi. For a start, it has a much bigger engine than that of the other Imprezas. And when it’s turbo-charged, it goes like nothing you’ve seen before.

It can sprint from 0 to 60 miles per hour in an incredible 4.7 seconds. And it can easily reach 145 miles per hour at its top speed. With 280 horsepower behind it, it’s really no surprise it can go so fast.

The BRZ is a Subaru that doesn’t look much like a Subaru. The company decided to break with their recognizable design and try something starkly different. And the results are quite magnificent. It’s a sports coupe with a lightweight body that looks great on the road.

The car has arrived in order to compete directly with the Toyota GT86. And the BRZ can certainly compete. The interiors are very clean and minimalist while the design of the body couldn’t be more stylish.

With the Forester, Subaru proved they could branch out and achieve success in the SUV market too. It’s a big beast of a car and offer you all the space and comfort you’ll need on the interiors. The main selling point of the car is its endurance and practicality.

It’s not an expensive car either. It offers good value for money you can find a used Subaru Forester for less than $20,000 by now. And for those prices, it’s a hard deal to turn down.

There are more great Subarus out there than I have space to mention, but these 5 are definitely the best of the lot.

One thought on “The 5 Greatest Subaru Models”

Sedan vs coupe is an old battle that has been fought by many car enthusiasts as some prefer vehicles like Integra sedan, and others like to have cars like Chevy coupe. But, most of the debaters have... END_OF_DOCUMENT_TOKEN_TO_BE_REPLACED