How Will the 2015 Budget Effect Vehicle Excise Duty? 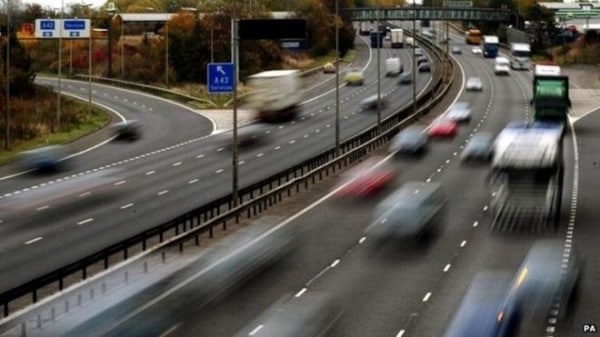 Over the last 40 months in the UK, new car sales have continued to rise. However, with the introduction of the 2015 vehicle excise duty (VED) into the Budget, looks like it may put a brake on this growth as well as altering the type of vehicle people buy.

Starting April 2017, those of us buying a new car will have to pay a ‘first year rate’ levy based on your car’s CO2 emissions. This ranges from zero for cars which don’t produce any exhaust gases to an extra £2,000 for the cars which cause the most pollution. After this first year, VED will become a flat rate of £140 a year for every car except zero emission cars (such as electronically run vehicles) which will continue to pay nothing. However, for those cars with a $40,000 plus list price, they will also pay an extra £320 a year for the following 5 years.

George Osborne’s justification for this rise is that the money that comes from this new VED law which is estimated at £6bn a year, will be used for purely funding roads and making them better. As a response to the disgruntlement from motorists, Osborne stated that as the majority of new cars are now in the low carbon emission bands, by 2017 over three-quarters of new car drivers won’t have to pay any VED after the first year at all anyway.

As it currently stands, the Chancellor has described the VED situation as ‘unsustainable’ and ‘unfair’ as those who can afford a brand new car should have to pay VED as at the moment, it is just those who own second hand cars who have to pay more tax.

A side effect of this decision however, is that the prospect of these higher taxes has the potential to put motorists being totally put off buying new cars with a prediction from PwC being that it will change the mix of car sales at the margins however they have said that VED isn’t relevant to the overall cost of running a car to the majority of car owners. A positive outcome of this will be that people will be more inclined to buy cars with lower emissions.

Despite this positive outlook, the new scheme means that VED on new vehicles will be significantly higher than before. Even though zero-emission cars will be rewarded for being so, cars which emit just one gram or more of C02 per km, will be charged £140 annually.

It is has been said by the director of the RAC Foundation that Osborne’s scheme has a not so hidden agenda in order to get cars greener whilst still getting a decent a income from VED.

There is currently a government grant of up to £5,000 available to car owners in order to help them fund a ‘plug in’ car which produce lower emissions. However, this has not been mentioned in the new Budget and thus the incentive may fall.

If you’re looking to avoid this new rise in VED, we suggest looking at purchasing a second hand car from a reliable dealership. In order to find the right one for you, check out the car dealership comparison website called eDealer

Marc Loud is a partner at Park Insurance, for over 30 years of experience who cover a range of specialist sectors including gap insurance.

Sedan vs coupe is an old battle that has been fought by many car enthusiasts as some prefer vehicles like Integra sedan, and others like to have cars like Chevy coupe. But, most of the debaters have... END_OF_DOCUMENT_TOKEN_TO_BE_REPLACED