In the science fiction television series Star Trek, the series creator Gene Rodenberry introduced a cloaking device that made Klingon spaceships “invisible” to other spaceships.  Although the crew of the Enterprise knew where the Klingon spacecraft was, they couldn’t “see” it on their imaging devices. Can you imagine if a device could be designed for automobiles so cars would be “invisible” to speed traps? Not that we are proposing that anyone break the law but wouldn’t it provide piece of mind if police couldn’t measure your speed?  No more surprises with red and blue lights in the rear window when you least expect it. 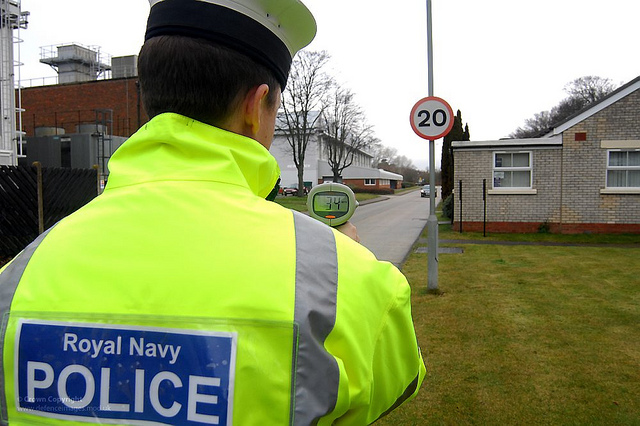 Police radar guns emit bursts of electromagnetic radiation (radio waves) at a high frequency, typically in the 1-8 Ghz range. The signals, traveling at the speed of light, bounce off of a target vehicle, and return to the radar gun. After reception, a processing chip in the gun measures the difference between the emitted and reflected waves and uses that to calculate the vehicle speed.  The result is highly accurate, but the police officer needs to make sure he/she is pointing the gun at the correct vehicle. That’s not always easy to do. 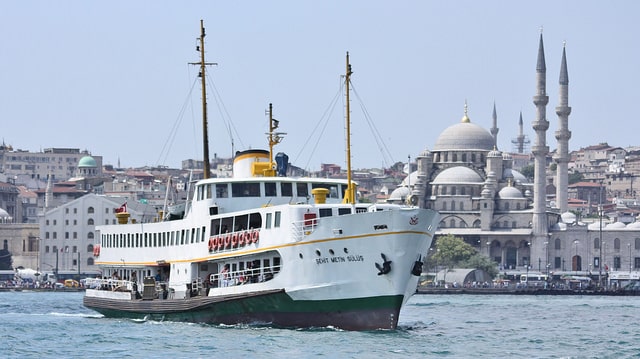 Radar Jamming is the process of disabling a radar detector with “offense technology.” It has been used for decades on military aircraft boats and tanks. Just recently, though, the technology has been adapted to jam police radar. The way it works is that the jammer, typically located on your dash, transmits a signal that overpowers the one fired by the police officer. Jammers are triggered on when the device senses a radar signal being pointed at the car. The problem says Browning Dodge of Norco, CA, a certified Chrysler, Dodge, Jeep, Ram dealer, is that using a radar jammer can be illegal in some states.

The Federal Communications Commission (FCC) regulates the frequencies used by radar guns. By law, it is a federal offense to broadcast using an unlicensed device on all police radar frequencies. The penalty is severe and can be up to $50,000 and/or five years in prison.  Additionally, the FCC has made it illegal to even advertise radar jammers for sale. 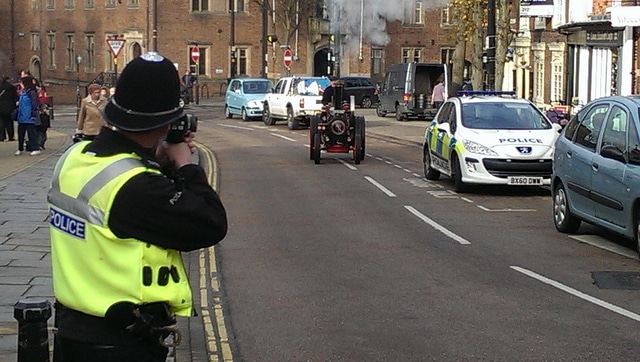 There is another way that can be used to measure vehicle speed and that is with a laser gun. Police laser speed measuring guns work on the same principle as radar guns, only the waves being transmitted are bursts of narrow beams of laser light.  Laser guns focus a beam of light down the road and the beam is so narrow that it can easily target one vehicle at a time. Like a radar gun, the laser gun waits to receive a light reflection off of its target and when it does, it can calculate how fast your car is going.  Interestingly, the FCC doesn’t regulate the light spectrum, that’s done by the Food and Drug Administration (FDA).

The operational goal of the laser jammer is to overwhelm the reflected light, causing the laser gun to register a faulty speed measurement, or no measurement at all. Laser jammers are triggered into action by a laser detector. Once activated, the jammer illuminates small banks of light emitting diodes or laser diodes that point back at the police laser gun.

While radar jammers are illegal in all 50 states due to federal law, laser jammers are regulated by states. Currently, these devices are legal in all states except California, Colorado, Illinois, Minnesota, Nebraska, Oklahoma, South Carolina, Tennessee, Virginia and Washington D.C.

Unfortunately for speeders, the ability to have complete invisibility to police radar isn’t legal. As we mentioned above, it is legal to jam laser speed guns. Currently, limited invisibility is the best that speeders can hope for. This will undoubtedly change in the future as the technology continues to evolve and regulating laws change.

Leather Processing Through the Years The New Power Steering - Electric

The Brits are very enthusiastic about their motorcars. Let’s take a look at the latest market trends and best-selling cars in the UK: Ford Fiesta: Image Source: Flickr It is astonishing to see but... END_OF_DOCUMENT_TOKEN_TO_BE_REPLACED