Known for introducing some of the best luxurious cars in the market, Lexus has now decided to pull the wraps from its 2014 CT 200h and will be available for display at the 2013 Guangzhou International Auto Parts and Accessories Exhibition that will be held in China from November 21 to November 28. Lexus has already come up with leaked images that provide a brief look into how the new hybrid hatchback will look like. 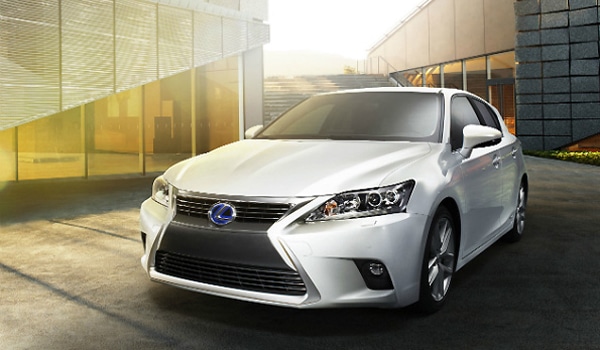 In terms of design, the 2014 Lexus CT 200h will get the new spindle grille design that is visible in some of the new cars that Lexus has introduced in the market. The same grille is also visible on the new IS range, GS and ES range as well. However, there is more that Lexus has added to the new vehicle. The car also gets a new bumper which is redesigned to make it look different from the other models that also fall in the same category. The rear end looks subtle but the front side of the vehicle is slightly revised with L shaped LED daytime running lights and revised headlights. It also gets newly designed alloy wheels that add to the exterior design.

Although, Lexus has not provided more information about the engine specifications at the moment but it is likely that the car will have Prius-source drive train and will have 1.8 liter engine that has the capability to produce 73kW and will be mated with an electric motor that has the ability to generate another 60kW. The car will most likely have CVT transmission that will offer fuel economy to the vehicle.

It is also speculated that Lexus will come up with an updated Toyota battery that will also reduce the overall weight of the car and make it more fuel efficient. So, far there is no word about the pricing but it is expected that Lexus will ensure that the price of the new CT 200h is not too high as they would like to make use of the low price tag to place it in the right market against other rivals that have similar technology.

Sedan vs coupe is an old battle that has been fought by many car enthusiasts as some prefer vehicles like Integra sedan, and others like to have cars like Chevy coupe. But, most of the debaters have... END_OF_DOCUMENT_TOKEN_TO_BE_REPLACED