Driving is usually considered a fun activity, but with the rise in number of cars in the past few years, the frustration levels of motorists have also grown,because they now have to deal with numerous bad driving habits. According to a recent study commissioned by an online parking company, YourParkingSpace, “road users not indicating” frustrates majority of the UK drivers.

The company questioned 1,028 drivers in the UK, equally divided into men and women, to find out what drivers hate most on the road. 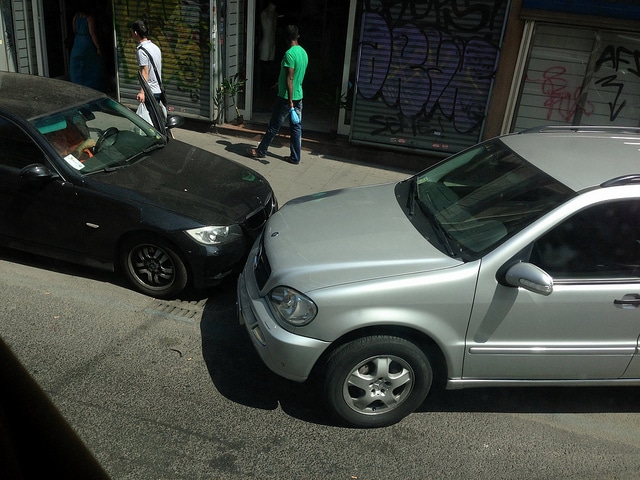 72 % drivers considered not indicating as the most irritating behavior on the road, while 71% voted talking on the phone the most annoying. 56% admitted bad parking sense made them mad with 52% citing traffic jams as the major irritant.

The survey results also disclosed that slow drivers proved to be a nuisance for 42% of the motorists.
Being a parking website, YourParkingSpace was more interested in parking results. In response to its questions about parking space and charges, 40% respondents said not finding parking space was very annoying. However, it was not the only annoyance they faced, the parking fee was also a concern for many. 48% drivers considered parking fees too high, whereas 29% found them to be reasonable. Only 23% voted that parking was free.

The responses to parking fees varied significantly depending on the local area of the motorists. The opinions of drivers residing in England were different to those from Scotland given that Scotland has most number of free parking spaces in the UK.

Besides, male drivers were used to get more irritated than female drivers when driving, but improper turning irritated both of them equally. Not giving indication was not only the top factor that annoys drivers, but also one of the major causes for accidents.

Harrison Woods, MD of YourParkingSpace, concluded the survey by saying that motorists must be careful while driving Not giving proper indication or using mobile phone while driving is not only annoying, but also life threatening to all people on the road.

He further stated that parking spaces are getting smaller and expensive with every passing day due to the increase in number of cars on the road and also due to the fact that vehicles are getting bigger in size too.

Sedan vs coupe is an old battle that has been fought by many car enthusiasts as some prefer vehicles like Integra sedan, and others like to have cars like Chevy coupe. But, most of the debaters have... END_OF_DOCUMENT_TOKEN_TO_BE_REPLACED