What’s So Special About a Mclaren 720s?

Cars are expensive toys for adults. Everyone knows the feeling of a brand new one: the smell, the feel, the design, everything about a new vehicle is simply gorgeous. Just like a little kid that’s happy to get a toy they’ve always wanted, you also feel the same when you sit down, and the seat hugs you with a nice coating of leather. It feels as if the car was made just for you. Then, you turn the key and hear the engine roar with might. The power makes a sound so aggressive that it challenges you to take it out for a ride. And every new trip is a challenge. You simply can’t have enough of it. It’s the toy your inner kid always wanted, and you’re smiling because it’s even better than what you’ve imagined. 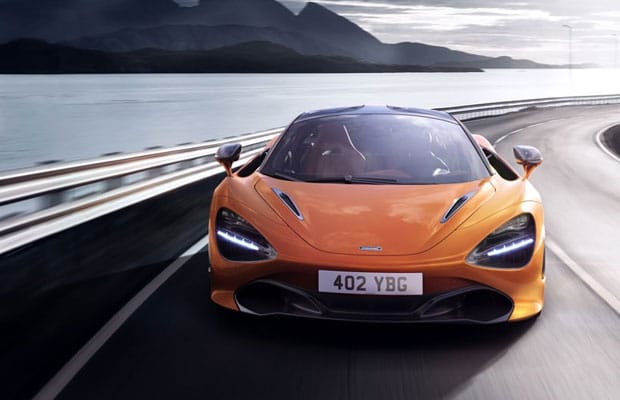 Aren’t cars only made to transport people?

This is a good remark. And, it’s true up to a certain point. When the first car was invented, it was merely a better way to go from one place to another. It was substantially better than going everywhere on a horse. And, most importantly, it made the ride more comfortable.

We’ll make an analogy here with the use of watches as well. When the first watches were introduced to the world, their primary purpose was to tell the time. But now, watches are a staple of your style. They show dominance, and they show status and power. It’s the same with a brand new car. You know that many engineers have used their brains to develop every inch of the car. Every curve has meaning when it comes to the aerodynamics. The engine is a masterpiece by itself. The distinct sound it makes is caused by the many explosions inside of it. This makes you want to push the limits of possibility. Mclaren knows that, and they are on a quest to go above and beyond every boundary imaginable.

What’s so special about a supercar?

Freedom. When you enter a supercar, it’s like a different new world. It’s a world that doesn’t have limitations attached to it. You sit down and touch it. Something inside tells you that the limits you had before can be broken, and they can even go a little bit further. Your mind, body, and self connect to the experience at hand.

Many car designers find their inspiration in nature. That’s why supercars are made with such boldly different contours. These machines are gentle and sleek in their appearance, but they are mesmerizingly brutal when it comes to the drive. They turn you into a predator, and they make the road your prey. The smooth flow of the outlines manipulates the air into their favor, and at the same time, it reduces drag, and it cools the engine. It allows you to take the initiative, and you always do. Click here to read more.

Are the features that much better?

Appearances can sometimes be deceiving. A car might look like a geometric piece of art, but whether it delivers a promising performance is more important. When it comes to a Mclaren, power is only just a word. It is instantaneous, and it seems endless. With every new drive, the car is growing its appetite to devour the road. It’s hungry, and if you push the gas, it will be ready to give more than you expected.

Of course, power can be dangerous if it can’t be controlled. The superior balance and handling make it easy to maneuver. An aid in your favor comes in the form of sensors that read the road and select a setup that maximizes grip. It won’t matter if you’re driving in the mountains, near a beach or trying it out in a new Mclaren dealership in North Carolina. Every limit can be surpassed safely with control and balance that will take your breath away.

What to expect when you get one?

When you first see a supercar, it won’t be as you imagined. This may be your first time when you get to one really close. It will seem like it’s a sublimely beautiful sculpture. Outstandingly engaging from every angle, but also fragile and vulnerable. It might seem that the metal is brittle and if you even breathe a little bit harder, it will dent. The doors will open, and you’ll wonder how they can even hold someone leaning in to get in the car. Then, you turn the key and everything changes in an instant.

The car comes alive, and all of the dials, switches, and lights welcome you. It feels like you’ve won the lottery because it engages all of your senses. Everything that you thought about its fragility changes and it’s the opposite of what you previously thought. You’ll want to push it hard, and it will respond with an even greater challenge. Its character asks if you can drive it harder.

With time, a bond will form between you and your new friend. The experience will go from great, even better than before, and finally phenomenal. All the hype behind it will start to make sense. After a while, you’ll notice that their primary purpose is to create joy. Of course, for those who know how to appreciate it. They create a story of two intertwining worlds. The mechanic world of horsepower is transformed into happiness, which in turn, presses the gas a little bit more.

Tips for Driving Safely on Highways, Freeways, and Expressways Seeking Legal Services After a Car Accident

The Brits are very enthusiastic about their motorcars. Let’s take a look at the latest market trends and best-selling cars in the UK: Ford Fiesta: Image Source: Flickr It is astonishing to see but... END_OF_DOCUMENT_TOKEN_TO_BE_REPLACED