It was just few days ago that Mini decided to pull down the curtains off their new Mini John Cooper Works hardtop. Now, Mini has announced that their latest car will be on display at the Detroit Auto Show in January 2015. The British automaker said that this will be the first time the car will be on display after its launch. The exterior of the car is very sporty and it gets an aggressive front fascia that is quite common on some of the earlier John Cooper Works cars. The exterior is made from high strength steel that reduces the overall weight of the vehicle making it fuel efficient. 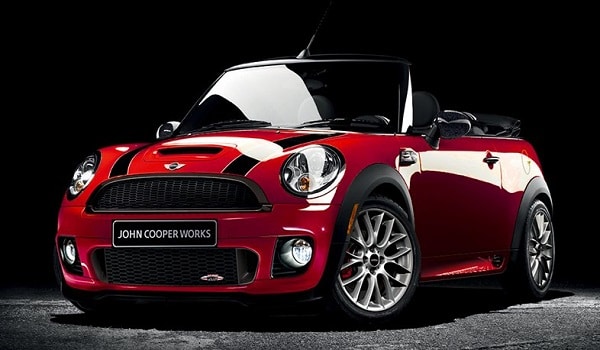 The all new Mini John Cooper Works will get newly developed 2.0 liter four cylinder direct injection engine that pumps 228 horsepower and 236 lb feet of torque. The engine is mated with six speed Steptronic automatic and manual transmission. The automatic version accelerates in 5.9 seconds while the manual transmission vehicle takes 6.1 seconds for the same distance. The new Mini JCW also gets variable valve timing and variable camshaft control that offers better reliability and improves handling. The interiors are packed with the same amount of sportiness as it gets leather steering wheel, special entry sills and stainless steel pedals that make the car look unique. While Mini has not mentioned the official price it should be around $35,000 in the US market.

Sedan vs coupe is an old battle that has been fought by many car enthusiasts as some prefer vehicles like Integra sedan, and others like to have cars like Chevy coupe. But, most of the debaters have... END_OF_DOCUMENT_TOKEN_TO_BE_REPLACED