MINI Presenting Clubman Concept, MINI One and MINI One D at the Geneva Motor Show 2014

With each model revealing by MINI, it seems that there had been a greater effort in making the drive fun and efficient with its absolutely fresh options and refined designs. MINI will present at the Geneva Motor International Motor Show 2014, the public MINI Clubman Concept and prior to its market launch there would be an introduction of two model variants, the MINI One and MINI One D. With these models, MINI is setting a benchmark not in terms of just drive technology but also in the field of automotive concepts. 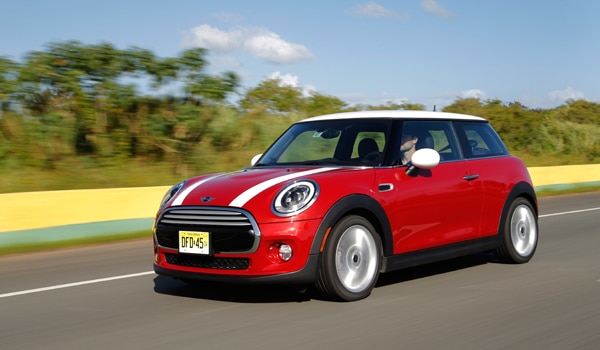 The British premium brand will present the elegant yet modern functionality, the MINI Clubman Concept at the 2014 Geneva Motor Show. MINI has preserved its typical styling by adding some of the signature features like elongated roof line and generous surface configuration. The paint of the car is Berry Red and with contrast metallic grey color added to the Blade for emphasizing the roof which highlights the lines of the Clubman with higher intensity.

The MINI Clubman concept is offering an active lifestyle with four doors, five seats and a large luggage compartment, while the interior is also impressive with high quality material used.

The Brits are very enthusiastic about their motorcars. Let’s take a look at the latest market trends and best-selling cars in the UK: Ford Fiesta: Image Source: Flickr It is astonishing to see but... END_OF_DOCUMENT_TOKEN_TO_BE_REPLACED