NASCAR Driver Reveals a Shocking Fact about his Ex-Girlfriend

NASCAR driver, Kurt Busch has broken the internet. The alleged subject of domestic abuse charges, has been in the news on his latest confession about his ex-girlfriend, Patricia Driscoll.

According to the Racing star, Driscoll is a trained assassin involved in covert operations around the world. She was used to disappear for days and returned disheveled in blood and dirt. 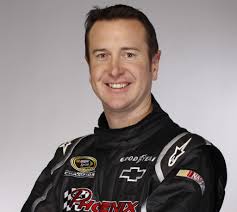 The news spurred a wave of shock across the social media. Kurt is being criticized for making up this story in order to explain his violent act against Driscoll. In 2014, Driscoll filed a lawsuit against Busch on the grounds of domestic violence, which he continues to deny. In any case, his NASCAR fans are supporting him, but the breakout surely did generate a bad PR for the racing champion.

On the other hand, Tony Stewart, three time winner of NASCAR championship, escaped the death charges for the on-track death of Kevin Ward Jr.

The Brits are very enthusiastic about their motorcars. Let’s take a look at the latest market trends and best-selling cars in the UK: Ford Fiesta: Image Source: Flickr It is astonishing to see but... END_OF_DOCUMENT_TOKEN_TO_BE_REPLACED