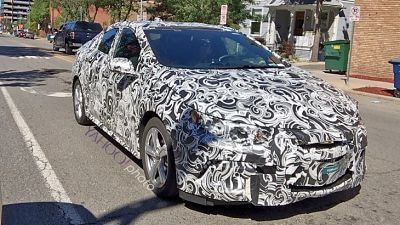 The new 2016 Chevrolet Volt will debut at the next Detroit Auto Show which will be held next week. But behind the scenes, Chevy has been busy preparing the next plug-in car which will be based on:

The major reason for redesigning the Volt is to cut down on the operation and production costs – way down. The previous General Motor’s CEO Dan Akerson has been quoted saying that the company hopes to cut down the cost by up to $10,000.

The new Volt has used the 2015 Consumer Electronic Show which was held in Las Vegas to create its new design. However, most of the redesigning has been confined to the front parts of the car. Although not much has changed, the Volt will use a more capable lithium-ion battery to power much lighter electric motors.

From the experience in the Automobile industry, Matt Baines has been exposed to a large number of motor topics. I have drawn on this knowledge in my personal encounter with various motors and in writing white papers for the industry and clients from numerous platforms.

The Brits are very enthusiastic about their motorcars. Let’s take a look at the latest market trends and best-selling cars in the UK: Ford Fiesta: Image Source: Flickr It is astonishing to see but... END_OF_DOCUMENT_TOKEN_TO_BE_REPLACED