Today, energy efficiency and conservation are significant environmental causes, and the production of plug-in hybrid electric vehicles (PHEVs) are one part of that. But there are still more benefits to PHEVs as well as some drawbacks consumers need to consider before purchasing one. 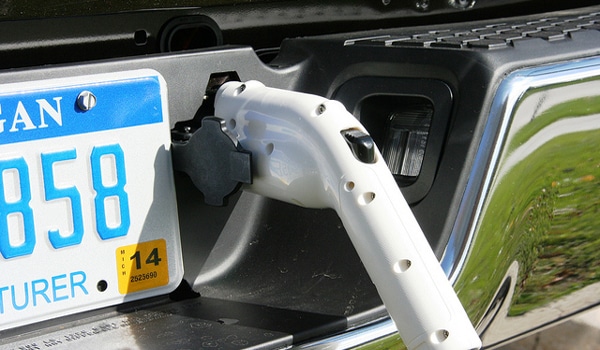 What are Plug-in Hybrid Electric Vehicles?

PHEVs use batteries to power an electric motor, and they can be charged using a power station or the power outlets you use in your home. But they do not run on electricity and batteries alone. Unlike purely plug-in electric vehicles, hybrids also use another fuel, such as gasoline or diesel, to power an internal combustion engine, the type of engine you normally find in a standard vehicle. 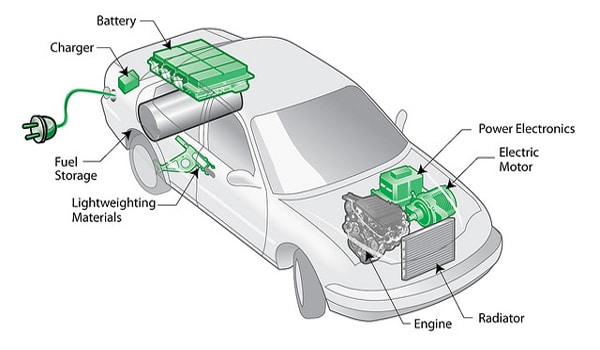 There are two general ways that these power sources work together:

PHEVs also benefit from their ability to regenerate energy when the car brakes. The regenerative braking and internal combustion engine charge the battery and recapture the energy that is normally lost during braking.

Another way many PHEVs conserve energy is by automatically shutting off the engine when the vehicle comes to stop and restarting it as soon as the accelerator is pressed. This negates the energy usually wasted by idling.

Certainly, the range of a PHEV does not compare to the miles that can be driven on a typical tank of gas. But with a range of up to 40 miles, PHEVs could theoretically last long enough on one charge to get drivers to and from work within 20 miles.
According to Saturn, that will accommodate the 80 percent of consumers who work within this range, and the car will only need gas for providing extra power for accelerating, passing and merging. This means that, technically, the car should be able to nearly run on electric power alone, which would conserve a great amount of fuel over time.

Not using as much gas has its own set of benefits. It reduces the country’s dependence on oil, which improves energy security. It is better for the air and environment by not producing as much car emissions. It saves money on gas and improves fuel economy. 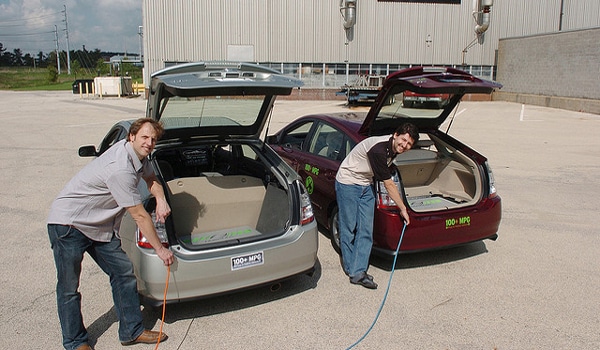 There are some drawbacks to consider as well. The amount of energy used and waste sent into the air from producing an electric car cancels out at least some of the environmental benefits until a driver owns the car for a certain amount of time. Options that still beat out electric cars is carpooling and taking public transportation, which can mean several cars off the road entirely.

One thought on “Plug-in Hybrid Electric Vehicles: Driving Toward a Sustainable Future?”

The Brits are very enthusiastic about their motorcars. Let’s take a look at the latest market trends and best-selling cars in the UK: Ford Fiesta: Image Source: Flickr It is astonishing to see but... END_OF_DOCUMENT_TOKEN_TO_BE_REPLACED