Tesla has received yet another blow when the State of West Virginia banned the company from selling cars directly to consumers, we have learned from Verge.

The American company which designs electric cars instead of common gas guzzler and employ direct sale strategy rather than dealership has been facing challenges since start.

Previously, the ban on direct-to-consumer auto sales in New Jersey, which is one of the largest markets for the company’s expensive cars was subsequently reversed allowing Tesla to resume its operation in the state. However, Michigan, Arizona, Maryland, Texas still forbid the automaker to sell its vehicles directly. 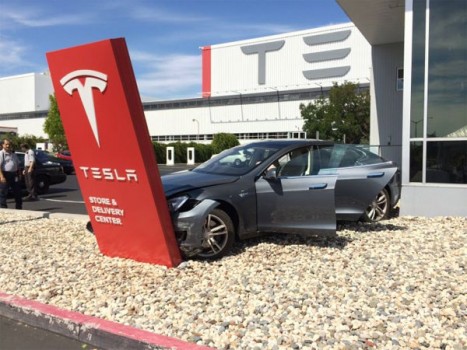 West Virginia Governor Earl Ray Tomblin signed a Bill which states Tesla may not “act in the capacity of a new motor vehicle dealer.” The bill was debated over the past few weeks in the State Legislature and was supported by West Virginia State Senate President, Bill Cole, who happens to be an auto dealer at Nissan.

West Virginia is typically a much smaller market, but would have helped the company with its sales in the surrounding areas like Virginia, Maryland, Kentucky, and Washington D.C, Pennsylvania and Ohio.

Tesla officials have not made any comments regarding the bill yet.

Nonetheless, the reports of drop in cost of lithium-ion batteries can favor Tesla as it would help company lower prices of its cars attracting more potential customers.

The Brits are very enthusiastic about their motorcars. Let’s take a look at the latest market trends and best-selling cars in the UK: Ford Fiesta: Image Source: Flickr It is astonishing to see but... END_OF_DOCUMENT_TOKEN_TO_BE_REPLACED