The ECU: A Comprehensive Guide To Your Car’s Electronic Brain

Most people don’t think much about how their cars work. They just get behind the wheel, turn the ignition on, and drive away! Most of what goes on in the engine bay gets controlled by some electronic wizardry.

A small circuit board called the ECU, or “engine control unit” are your car’s electronic brains. Without the ECU, the engine would not work and neither would other things like airbags, for example. 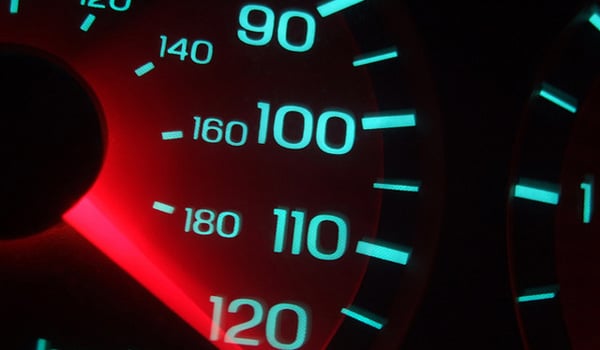 Did cars always have an ECU?

In a word, no. Before the days of electronic fuel injection, some engine components needed constant tweaks. That meant engine timing and carburettor fuel mixtures needed tweaking on a regular basis.

As you can imagine, people wanted to spend less time adjusting their engines and more time driving their cars!

According to The engine control unit, as we know it, was first built on a mass-scale back in 1980. The ECUs of today control a plethora of systems that early systems didn’t, such as cruise control and traction control.

What does an ECU control?

There are several key components that modern ECUs control today:

Air-fuel ratio. On a recent visit to the Used Cars Of Bristol dealership, I was getting my car serviced. I was chatting with the head mechanic there, and he told me that one of the main jobs an ECU does is to control the air-fuel mixture in the engine

Ignition timing. In petrol engines, a spark begins the combustion process. ECUs control all aspects of an engine’s timing so that the process is as efficient as possible

Engine speed at idle. There are going to be times where your car’s engine isn’t doing much. At those times, the engine “idles” at a specific speed. Have you noticed that the idle speed rises a little when you turn on your air conditioning? That is so the engine can cope with the extra demand placed on it.

Is it easy to diagnose a faulty ECU?

It’s easy to tell when your ECU is failing if your car has problems starting or running. That is especially so if  you have diagnosed all the usual suspects in the engine bay.

Although rare, the ECU can sometimes become faulty. The main culprits that cause ECUs to fail are the charging and electrical systems in your car. In other words, if there is a power surge, it can “fry” your car’s electronics.

ECUs are circuit boards with electronic components soldered onto them. The good news is that they are repairable by electronics experts. You can also have them reprogrammed by your local main dealer.

Can I Reprogram my Car’s ECU Myself?

Modern ECUs can be remapped. You can overwrite the data stored in the ECU with custom data that you specify. Companies such as Superchips sell products that anyone can use to enhance the data stored on the ECU.

I hope you have enjoyed reading today’s article. Drop us a comment below!

The Top 3 Used Porsches That You Need to Buy Baby On Board: How To Choose The Right Used Car For Your Growing Family

The Brits are very enthusiastic about their motorcars. Let’s take a look at the latest market trends and best-selling cars in the UK: Ford Fiesta: Image Source: Flickr It is astonishing to see but... END_OF_DOCUMENT_TOKEN_TO_BE_REPLACED