Things You Need to Know about Fuel Cell Vehicles

Automakers are always interested in bringing up new technologies that can attract more car buyers and make the entire car driving experience better. Today, car manufacturing companies are keen on introducing better technologies that offer better fuel economy and that can be powered by alternate fuel rather than using the same conventional gasoline and diesel engine. Fuel cell vehicles also known as FCEV is basically a hydrogen powered vehicle that makes use of fuel cells to produce electricity that drives the car.

The biggest advantage of using fuel cell vehicles is that they do not need the regular gasoline and therefore it offers a better way to the consumers to save money that they usually spend on conventional gas. On the other hand, these cars do not emit harmful tailpipe emissions that also make the environment cleaner. However, car manufacturers are still experiencing major problems that they need to overcome in order to introduce fuel cell vehicles to the market in large production quantities. 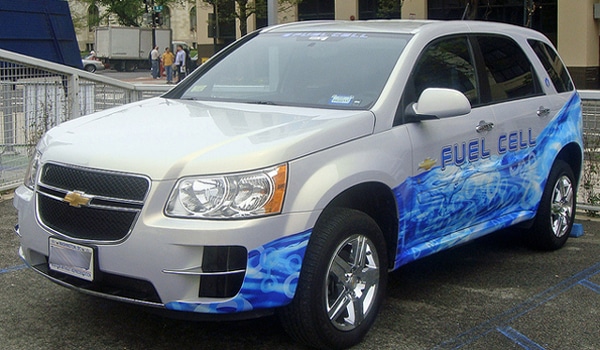 While car makers are keen on reducing the level of pollution through the introduction of fuel cell vehicles it also helps to offer better fuel efficiency that car buyers are conscious about. Many car manufacturers believe that the introduction of fuel cell vehicles will offer improved fuel economy that consumers need across the world. Most of the fuel cell vehicles that have been introduced in the market offer around 64% more fuel efficiency than conventional cars. This means that car owners do not have to depend on conventional gasoline and it will also help international governments to trade oil in a better way since the pressure will be off to some extent. While fuel cell vehicles look like an ultimate answer to many problems at the moment the cost and size of the vehicle is a major concern for all automakers as they are trying to launch fuel cell cars that are not too expensive and offer the same advantages as any other conventional car.

The Brits are very enthusiastic about their motorcars. Let’s take a look at the latest market trends and best-selling cars in the UK: Ford Fiesta: Image Source: Flickr It is astonishing to see but... END_OF_DOCUMENT_TOKEN_TO_BE_REPLACED