Toyota Mirai, A Revolutionary idea or a Future Flop?

The Japanese auto giant shocked the world this week with their official announcement regarding the commercial production of their hydrogen powered car, the Toyota Mirai. The cars have already been available in Japan, albeit in limited numbers. It was known that the company was planning to support the commercialization of those vehicles, but with this latest announcement, it has now become official. Hydrogen cell fueled cars, are finally here. 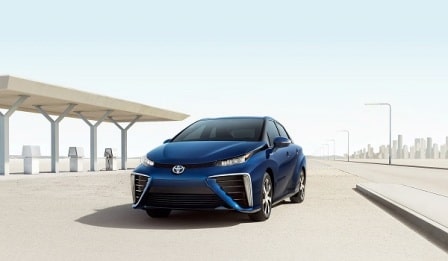 Not everybody is happy about it, however. If the technology really is as efficient and green as they say it is, the Toyota Mirai (and the cars that will follow it) could create a very formidable, if not overpowering competition for the solely electrically powered cars like the Teslas. Elon Musk, Tesla CEO and billionaire entrepreneur, has been a very vocal critic of the technology for a while now, offering his not too flattering opinion on numerous occasions.

“If you’re going to pick and energy source mechanism, hydrogen is an incredibly dumb one to pick,” he said during a recent interview. Musk is obviously not a fan of those hydrogen powered fuel cells, but Toyota clearly believes in the process, otherwise would not have put the car on the market. The Japanese auto manufacturing company has a tendency of taking on a pioneering role, like they did with the Prius hybrid, which was a commercial success. If Toyota can really succeed, we could find ourselves at the beginning of what the Prime Minister of Japan, Shinzo Abe just called, the “hydrogen era”.

Sedan vs coupe is an old battle that has been fought by many car enthusiasts as some prefer vehicles like Integra sedan, and others like to have cars like Chevy coupe. But, most of the debaters have... END_OF_DOCUMENT_TOKEN_TO_BE_REPLACED