The Future is Changing For Car Accident Whiplash Claims

The process of claiming whiplash is currently under intense scrutiny in the UK. In most cases it can be hard to determine the severity of the effects of whiplash and with no way to tell how long a person’s symptoms will last, this has resulted in insurance companies paying the high price for whiplash compensation settlements. Unfortunately in too many cases this can be unjustified with accident victims putting through false claims. In reflection of this with insurance premiums also on the rise, providers are having to charge higher premiums in order to recuperated back some of these expenses and aid contingency for future insurance claims. It has become a vicious cycle with whiplash claims being 50% higher than a decade ago. 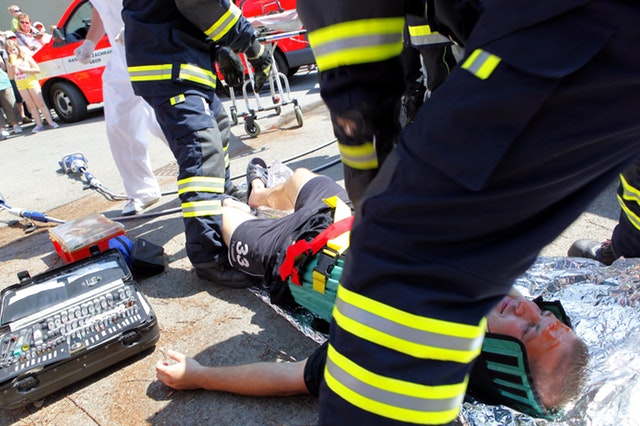 Whiplash is the term given to a neck injury/sprain which can also result in pain at the top of the back caused by a severe jerk to the head by a sudden, sharp movement. It is most commonly associated and suffered in the event of a car accident. This can cause injury and discomfort to neck muscles, nerves, tendons, disks and bones surrounding the back the neck and shoulders.

In the event of an accident that involves coming to an abrupt halt it can cause the neck to uncontrollably be thrusted forward and back or even sideways in a quick motion that which can cause tension on the nerves in the neck. Symptoms to the head and neck are the most common injuries to a whiplash injury but in some of the most severe cases reported has even seen damage to bones.

When you think of whiplash and the nature of the injury you would expect to be feeling some discomfort in the neck. All accidents will cause an element of shock so the effects of whiplash might not always be evident straight away. Symptoms can take up to 12 hours to become apparent with the effects showing to be worse the following day or even up to several days after. Many people think this tension felt will pass after a few days and so leave these symptoms left untreated. This can lead to longer term stiffness in the neck with some even experiencing ongoing muscle spasms.

Headaches might also become an ongoing problem after a case of whiplash and might develop into more severe migraine episodes. As a result of whiplash it is also common to experience dizziness and fatigue. Paresthesias can also be common, involving burning or prickling sensations to be felt around the top of the back and neck.

It is advised if you have recently been involved in a car accident and feel you have suffered from whiplash to have this checked by your doctor as if left undiagnosed could cause more problems further down the line. Pain and stiffness in the neck can make it hard to carry out your normal daily routine and can eventually lead to anxiety or depression.

After an examination you might be prescribed pain medications and/or anti-inflammatories to help with any pain and swelling. Physiotherapy may also be recommended if movement in your neck is causing tension and disabling movement. It isn’t uncommon to be sent for an x-ray to see if there might be any broken bones or signs to any other problems. Massage can also be recommended to help easing muscles.

The Difficulty of Awarding Compensation

The diagnosis of whiplash and the severity of each case can be hard to determine. The longer term effects could last weeks and even months and could impact on a person’s daily routine, activities and even their job. Each case will be different so when it comes to compensation it is hard to put in figures how much each case is worth then resulting in high awards being paid out when they might not have been necessary. The added concern is that this whiplash compensation culture will only see claim settlement figures and in turn insurance premiums affecting people who place legitimate claims for injuries suffered and people who have never claimed.

In 2016 the government announced plans to regulate the way in which whiplash is claimed in the UK. ‘Reforming the Soft Tissue Injury Claims Process’ will put in place a system of awarding compensation and states amounts and timeframes at which this will be capped.

Some of these measures include:

The aim of these new procedures is to reduce and deter the amount of false whiplash claims that are put through each year and to bring back a balance between initial premiums charged to customers and claims paid out. These new processes will hope to standardise whiplash claims in terms of amounts settled, time frames and routes of settlement in court. However, it is not designed to prevent those who have truly been injured and are suffering the long term effects of whiplash from getting the financial compensation they are entitled to.

The need to provide documented medical evidence from official sources to support your whiplash claim and the increased scrutiny on future whiplash claims can seem quite daunting but don’t let this put you off if you have been victim to this type of injury and have been unjustly suffering from these symptoms.

In the midst of these new changes, it will most likely be that your case will be handled by the small claims court or via a pre-court settlement, so it would be advantageous to speak to a legal expert who can help you understand how to claim compensation for a whiplash injury and ensure you receive the correct level of compensation for your injuries.

Should You Plead Guilty to Your Speeding Ticket? Protecting Your Car from Extreme Weather

The Brits are very enthusiastic about their motorcars. Let’s take a look at the latest market trends and best-selling cars in the UK: Ford Fiesta: Image Source: Flickr It is astonishing to see but... END_OF_DOCUMENT_TOKEN_TO_BE_REPLACED