Dubbed as one of the fastest cars in the world, the Hennessey Venom GT was named after a high speed tornado. It was first introduced in 2010 and beat the Bugatti Veyron SS (267.7 mph top speed record) in the fastest speed contest hitting 270.49 mph at the Kennedy Space Center. The Texas-based automaker announced the 2016 Hennessey Venom GT in October 2015 and it made its public debut at 2015 SEMA Show in Las Vegas on November 3rd. The supercar hasn’t hit the dealerships yet, but we have got all the details to amuse the petrolheads. 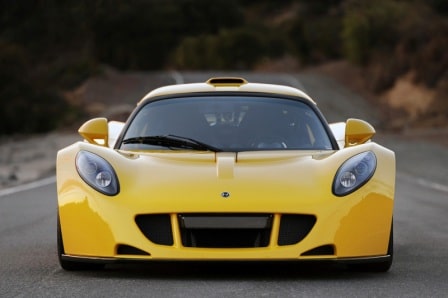 Calling the 2016 Hennessey Venom GT a sports car would be an understatement, it is an exotic supercar with one of the fastest powertrains in the world. Powered by a twin-turbo, 7.0-liter V-8 engine, it can pump out 1,451 bhp @ 7,200 rpm and 1,287 lb-ft of torque @ 4,200 rpm. The engine is mated to a 6-speed manual gearbox by Ricardo.
The new Venom GT can produce an extra 207 horsepower, thanks to the higher boost pressure of the twin turbos jumping from 19 psi to 26 psi. 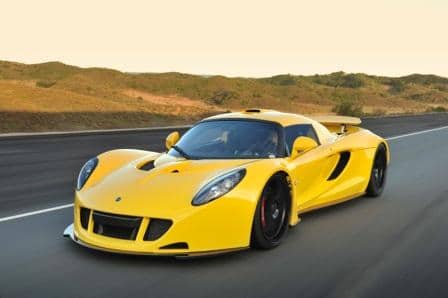 The body comprises of carbon fiber which helped to keep the weight low at 2,743 pounds (1,244 kg) for improved aerodynamics. The exterior styling is based on the Lotus Exige and hasn’t changed much comparing it to the previous models, except for the new bright yellow paint and the black strip running from the front all the way to the back. 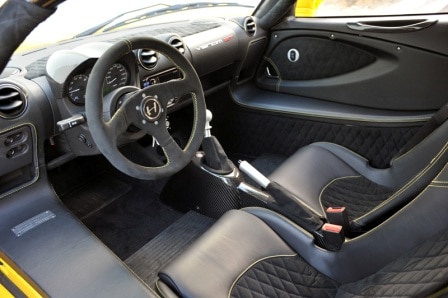 The interior also resembles to the Lotus Exige. Since it focuses more on agility rather than entertainment, you won’t find a fancy infotainment system. However, it does offer air conditioning system, soft padded doors, front dash, leather wrapped steering wheel, FM radio and a docking station for iPod. 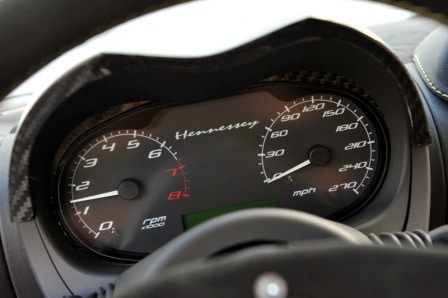 The powerhouse installed in the 2016 Hennessey Venom GT helps it to reach 60 mph mark in just 2.4 seconds with a top speed of 280 mph. The 0 to 100 mph can be conquered in just 4.4 seconds. The closest competitor, the Bugatti Chiron, is also said to achieve 60 mph speed in around 2.4 seconds with an official top speed of 261 mph. However, expect it to go over 270 mph and might even beat the Venom GT. 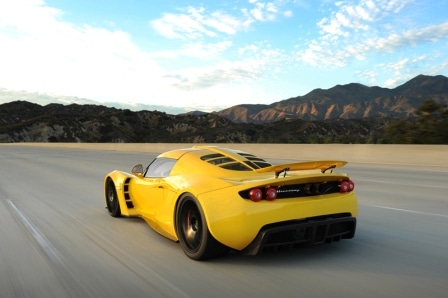 The official price of the 2016 Hennessey Venom GT is not announced yet. Nevertheless, we can expect it to be over $1 million. The automaker has also stated that the Venom GT would be built in limited numbers (around 10 or more), so chances are you would never see one personally in your life.