48-Volt Electrical Systems Could Be the New Standard: Here’s What You Need to Know

With each passing year, cars become more sophisticated and safe. Advances in technology have improved not only vehicles’ performance but have made it possible to enjoy a flawless driving experience. From the design to the engines and infotainment systems everything about cars today screams high-tech. 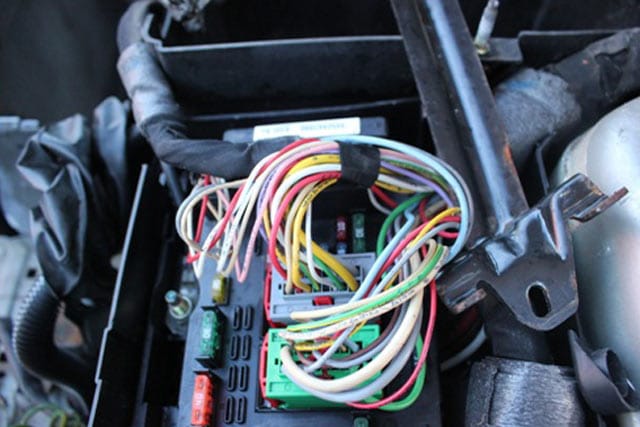 If you think about it, that was a natural next step. Advances regarding functions such as autonomous-driving components, connectivity, and electric power train, are barely supported by the old 12-volt design.

It was time for a change.

How the 48-Volt Electrical System Works

The new hybrid vehicle wiring system will be able to power stop-start engines, hybrid engines, and turbochargers. But, don’t worry: the 48-volt system won’t replace the entire current electrical architecture. Instead, the new arrangement will complement the old 12-volt battery that powers your car right now.

The new 48-volt system will handle the more demanding accessories of your vehicle, such as the air conditioning, power brakes, or water pump. The 12-volt battery will still be in charge (no pun intended) with the lights, radios, electric windows, door locks and the entertainment system.

This dual voltage system includes three basic components that are designed to integrate with the existing power train of any regular, non-hybrid vehicle:

The motor generator unit will replace the old alternator at the front end accessory drive while the battery and DC/DC converter will occupy little space in the trunk of the car.

The unit acts as both motor and generator. In the first case, it receives torque from the battery through an inverter, transforming DC to AC to run, subsequently turning on the engine via a drive belt. This process is necessary for the following actions to take place:

The motor powers up the 48-volt battery both when the engine is on (as conventional alternators do) and when electricity comes from converting braking energy. Hence, the battery stores this energy to use it later for supplying either torque or the electrical systems.

When the combustion engine shuts off due to start-stop coasting, it shuts off completely not only when idle but also while the car is being driven if the brake and gas pedal is not engaged. Even if the fuel supply is off, the wheels keep spinning the combustion engine, which, in turn, spins the motor generator unit that then provides energy to the 48-volt battery.

The recuperated energy can serve for other purposes. For example, it can boost the engine when needed, such as when overtaking or help maintain the car’s speed.

It All Comes Down To More Fuel Economy

Another main reason that pushes manufacturers to promote the hybrid electrical system is to meet the fuel economy and CO2 regulations. The US requires an average of 54.5 MPG, or 101 grams CO2 per kilometer.

Because it can improve the start-stop efficiency, reduce engine load, and generate energy when braking or coating, the dual-voltage system also reduces turbo lag from an electric supercharger. Moreover, it allows some of the accessories, such as the air conditioning or water pumps to run at speed required by the vehicle and driver, instead of the engine speed.

If you take all these benefits into account, it’s very likely that the new dual system help car manufacturers meet the government’s mandate regarding fuel economy and CO2 emissions in the next decade or o.

How Much Will It Cost

While the 48-volt electrical system may be easy and lightweight, it won’t come cheap. Automakers estimate a price between $800 and $1,200. It might seem like much but try to think about the fact that manufacturers are willing to pay between $50 and $100 for fuel-saving technology for every percent of miles per gallon gain. There’s no telling what would happen if the cost will fall out of that range.

It’s clear that the 12-volt system won’t last on its own in its current form. The added 48-volt infrastructure will supply the power needed for a modern car to run at optimum levels.