Audi seems serious about the electric future and has decided to expand the electric vehicle line up. From 2020 forward, it will have more vehicles than just SUVs and Crossovers. After lots of anticipation and teasers, Audi has brought forth its contender for the luxury electric sedan market; the e-tron GT concept. The electric car was unveiled at the LA Auto Show 2018 in California.

The German automaker’s all-electric car is going to be a luxurious four-door coupe. Earlier this year, Audi unveiled its first all-electric SUV that is expected to go into production in 2019. The e-tron GT concept though, is set to go into production in late 2020 and will be available in the markets for purchase in first half of 2021. According to Audi, the subsidiary Audi Sport is going to make the car a reality and is responsible for transforming the car into a volume-production form. 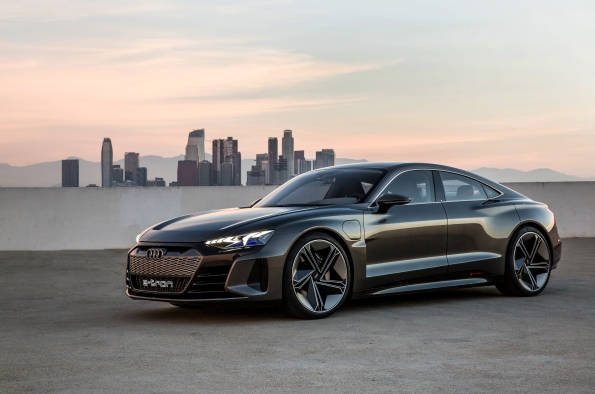 The e-tron GT will share the platform with Porsche Taycan (formerly known as Mission E), but the exterior and body looks like an Audi A7 on steroids. The luxury electric sedan will have a 590-brake-horsepower and separate motors for front and rear axle. This will make the GT concept reach not-to-60 in a mere 3.5 seconds. The top speed is revealed to be 149 mph. The top speed is limited so to get the claimed average of 248 miles on a single charge. The GT concept has 90-kilowatt/hour lithium-ion battery and can be charged both by cable and by wireless induction. Audi claims that the cable option will charge the battery 80% in just 20 minutes by the help of 800-volt architecture.

Audi has also followed in the footsteps of Tesla by making a vegan interior. This means, that this time around, Audi will be using synthetic leather and recycled fibers to make seat cushions, armrests, and center console. The GT concept has a flat-floor and long wheelbase. This means more room in the interior of the car. 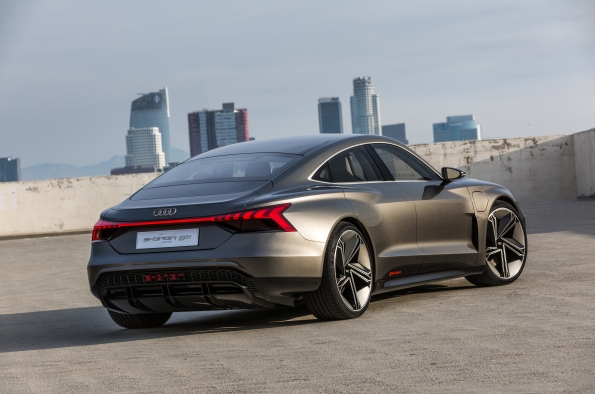 This is the third car from the German auto-manufacturer’s all-electric e-tron line up. Following the e-tron SUV and the e-tron Sportback. Let’s hope that the production versions will have a greater electric range and that other manufacturers will also switch to electric alternatives to save the planet.