If you mention the brand name “Bentley” to anyone, they will recognise it as one that belongs to a luxury car manufacturer. The British firm was set up in 1919 and have produced a string of successful luxury cars.

Currently owned by the Volkswagen Group, Bentley have a long and successful motorsport career. But today, the firm are branching out to the smartphone market! 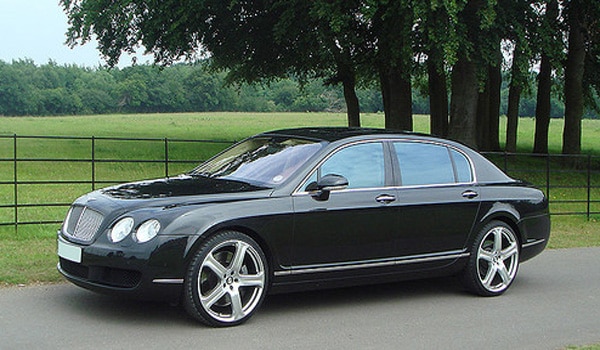 Critics may dismiss the Bentley and luxury smartphone maker Vertu partnership as just a gimmick. But on reflection, it makes perfect sense for the two firms to join forces.

Bentley is a car marque that attracts a niche customer base, as does Vertu. The owners of Bentley cars will doubtless own and use a smartphone too. Considering Bentley owners lead a certain lifestyle. A luxury smartphone will fit in well with that lifestyle.

Few people have heard of the Vertu brand. That is because they only offer their products to the discerning consumer.

Vertu was set up back in 1998 by Finnish mobile phone maker Nokia. They owned the brand in its entirety but sold it to a group of private investors about two years ago.

They have just 500 worldwide retail outlets, and their main customer bases are in the Middle East, Russia and Asia. This little-known firm have sold 350,000 handsets as of Q4 2013.

Vertu has already collaborated with other car manufacturers, including Ferrari. Their experience of working with the automotive industry makes them an ideal partner for Bentley.

What Do We Know so Far?

According to recent media reports, Bentley is set to release their first smartphone with Vertu in October 2014.

The partnership between Bentley and Vertu is set to last around five years. Industry analysts expect five smartphone models in total to be available during that period.

There is no specific information available on the smartphone that will go on sale in October. Experts from the Thames Motor Group predict that it will feature exclusive Bentley-related content.

It has also thought that the design will be akin to existing Vertu smartphone models. Others believe that there will be tight integration of the smartphone with future Bentley car models.

Vertu’s CEO, Massimiliano Pogliani, made the following statement about the collaboration with Bentley:

“[the new smartphone] will appeal to drivers, travellers and brand enthusiasts.” He also added that the smartphone will be “designed by the Vertu and Bentley design teams”.

Mr. Pogliani hopes that the new Bentley smartphone will appeal to the customers of both firms. He also said that their customers have a “desire for sophistication” and “precision engineering.”

Will the New Bentley Smartphone be Worth the Money?

Vertu smartphones focus on styling rather than incorporating the latest technology. The new Bentley smartphone will appeal to motorists that want to own a luxury smartphone.

Sedan vs coupe is an old battle that has been fought by many car enthusiasts as some prefer vehicles like Integra sedan, and others like to have cars like Chevy coupe. But, most of the debaters have... END_OF_DOCUMENT_TOKEN_TO_BE_REPLACED