The Fantastic Four: The Best City Cars On The Planet

If you’ve ever tried to drive a 4×4 or large saloon car around the city center, you’ll know it’s a nightmare! The small one-way streets, the tiny parking spaces and the sharp turns aren’t easy in a big car. What you need is a small, nimble vehicle to dart around town.

Enter the micro car. These vehicles are designed especially to tackle inner city driving. They sip fuel gently to preserve your petrol costs and they can squeeze into the smallest places. There are lots of these little cars on the market, but which is the best? 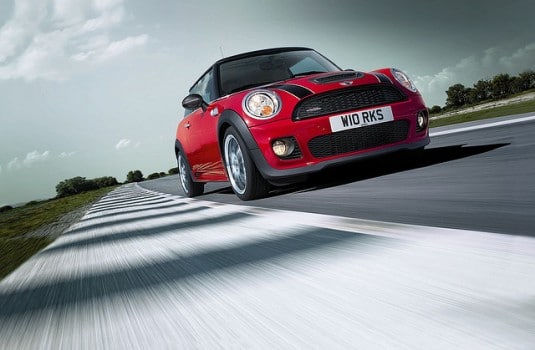 We took some of the contenders out for a test drive in central London. If a small car can perform well on the streets of the UK’s capital, it’s got to be worth the pricetag! We were looking for fuel consumption, driveability, and practicality. Let’s see how each of them fared, shall we?

The Mini Cooper is the biggest car on the list, but it’s also one of our favourites. Why? It’s simply a joy to drive! Just like any city car, the Mini is practical and functional. But, it hasn’t lost the sense of excitement that comes with driving. It still feels fun, exciting and responsive, even on the smaller roads. Best of all, it’s feels more secure with a better build quality than many of the others here. It also doesn’t feel like a fish out of water on the motorway. Check out the full range at www.coopermini.co.uk and try this one for yourself.

The i10 is a fair bit smaller than the Mini Cooper, but it also comes with a lower price tag. If you’re looking for a budget city car, the little Hyundai is your best bet. Influential motoring website Carbuyer named it their ‘Car of the Year’ in 2014, and with good reason. It perfects the balance of practicality, fuel consumption, and excitement. It will reach nearly 70mpg, which is phenomenal fuel consumption in a city center. It’s also exempt from road tax and a bit of a looker too.

Despite the silly name, this car is a brilliant piece of kit. It’s the smallest car in Volkswagen’s range, but it comes with all the build quality you’d expect from the German manufacturer. Volkswagen have a reputation for reliability, and it’s no different with the Up! It’s kitted out with engine parts from its bigger brothers, the Golf and the Polo, giving it a nippy and exciting feel.

Like the Mini Cooper, the Ford Fiesta is at the larger and more expensive end of the city car range. However, it does come with more power and better build quality. The Fiesta is the UK’s best selling car (for nearly a decade running) and with good reason. It’s practical, economical, and enormously fun to drive. They’re great for small families too. The Ford Fiesta is the perfect all-round car.

With these four fantastic cars, city driving becomes a breeze. Have we missed your favourite small car from the list? Let us know in the comment section below.