Auto racing has evolved from an incredibly basic sport to a money-making machine, and it is high time that this sport strips itself from all sorts of racism, especially in the face of rising racist incidents like those of Eric Garner and recently George Floyd.

Therefore, it came as a breath of fresh air that Nascar banned the Confederate flag from all of its future events. The man behind this unprecedented development, Bubba Wallace spoke to FS1 pit reporter Reagan Smith asked his opinion about the Nascar’s sudden decision to ban the display of confederate flags.

While clad in ‘I Can’t Breathe’ t-shirt and an American Flag mask, he retorted with a sarcastic clap ‘Bravo; it is a pivotal moment for the sport.’ This unprecedented victory lap was lauded by everyone from LeBron James to NAACP, and Wallace had to play this part because he is shockingly the only black driver of this sport. 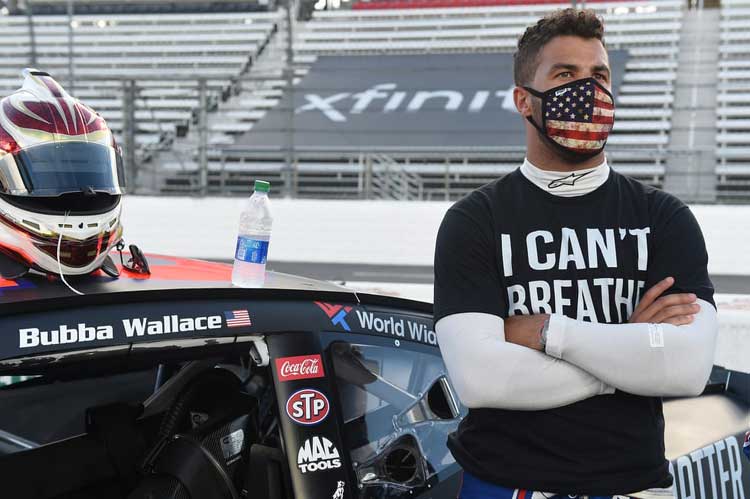 Wallace was introduced to the world in 2013 as a 19 years old truck series rookie when Danica mania was progressing through its second wave. Wallace performed admirably by winning four races a year later and finished third in the rankings, but a Japanese-American driver named Kyle Larson was killing it in the cup series notches above the Wallace.

In 2017, Wallace became the first black driver to race for RPM, and later on, signed a multi-year contract with RPM ahead of the season and became the first black driver to race full time in the cup series after four decades. He followed the late Wendell Scott, who was the first-ever black pilot and traversed through a career plagued with relentless verbal abuse, physical threats, and many instances of on-track fraud.

During a considerable chunk of his career, Wallace always found someone who overshadowed him on the track, but over the last seven years or so, the traffic of such drivers have become incredibly thin. Danica is now a cult yoga brand. Larson, the prodigy, has been on an indefinite sabbatical, and drivers like Suarez and Almirola have not been able to stay relevant due to mediocre results.

Therefore, the lane of Nascar is now open than ever for Wallace, and he barged onto the lane big time this week, and also pulled the sport with it such that it seems like it has finally entered the 21st century. As Black Lives Matter demonstrations mushroomed all over the 50 states during the last week, Wallace was also moved to speak on the George Floyd incident, and he did not hold back. He appeared on CNN Tonight, and when the host Don Lemon asked him what they sport must do to eradicate racism, he immediately replied, ‘My next step would be to get rid of all confederate flags.’ 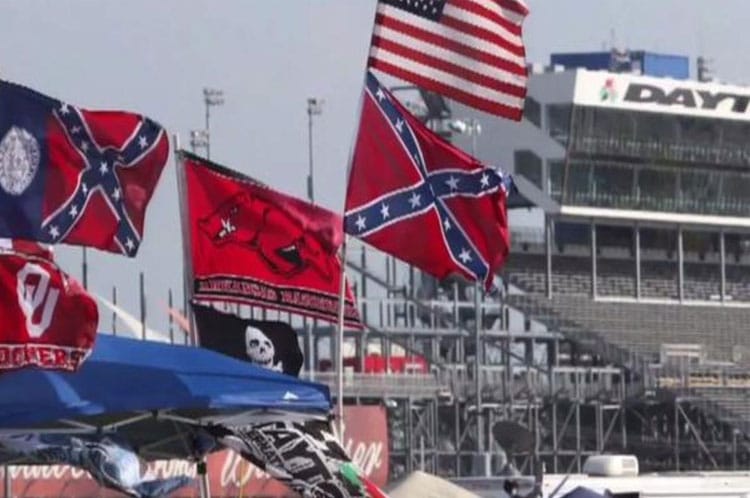 It needs to be understood that the words uttered by Wallace are rebellious, to say the least, because many gear heads see this flag as the pride of southern whites, which is actually a reminder of the time when blacks were enslaved, looted and raped by the southern whites. But, the fact that the sport concurred with Wallace’s demands shows that this tide of protests is bearing some sort of fruit in the United States.

But, what will the enforcement of this policy look like when spectators are back on track. Even if the track’s blue-haired volunteers manage to keep the confederate-flag-waving rebels at the gate, there is still ample parking space around the track for them to show their antics. Therefore, we just hope that this off-track race win by Bubba Wallace bears practical fruit and is not lost in the dustbin of history.