On Caterham’s website, the 620s is described as ‘mildly saner’ than its track orientated brother; they weren’t lying. Caterham wanted to create a more drivable but no less powerful 620R, seeing as that was a race car for the road, we don’t think they’ll have to try too hard.

With previous models, Caterham had never been able to implement forced induction into their cars, they could get never get enough air through the engine bay. With the 620 though, they’ve cracked it. They opted for a supercharger to bolt onto the Ford Duratec engine, resulting in 310bhp. In keeping with the toned-down nature of the S variant, the six-speed sequential gearbox was swapped out for a more manageable five-speed manual.

The interior is perfectly functional, you have two seats, three pedals, one gear stick, a handbrake, a selection of purely function toggles and a heater. This car isn’t built to bathe you in luxury, its purpose is to provide the purest and most authentic driving experience possible. As it isn’t track orientated like the R, drivers are welcome to option heated bucket seats, a particularly pleasant addition in the winter. The aero screen is also swapped for a more conventional heated windscreen. The addition of a larger body is a welcome sight, choose the SV chassis and anyone over six foot will be relatively comfortable. 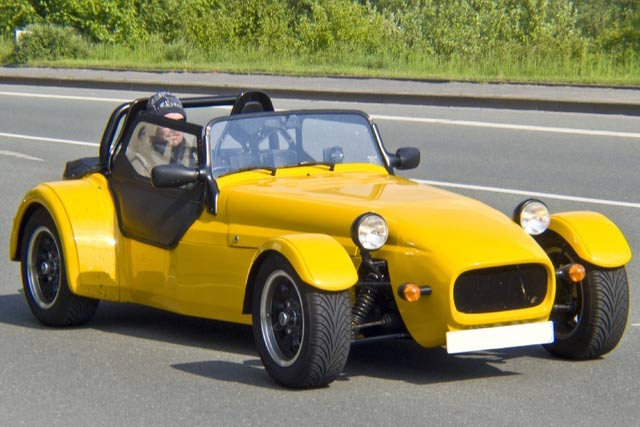 A full tank of fuel is highly advised for any Caterham, the additional weight over the rear wheels means you can apply more than a toe of throttle without lighting up the rear rubber. Particularly in the wet, the 620s has a tendency to spin its wheels to the point of shredding its tyres, a real issue when you want to press on. The throttle response is a welcome break from a turbocharged engine, dab the accelerator and you’re immediately greeted by a rev, continue to plant your foot and the revs build, no lag visible whatsoever.

Swapping out the race suspension for a suppler setup in the S could seem like a poor move to some, thankfully, the only change for the Caterham is a more forgiving ride on typical British roads. When you want to press hard, you won’t crave anymore firmness from the sport suspension. When the back end gets away things get a little bit scary, the tight confines of the Caterham make it difficult to apply appropriates amounts of lock to rectify the misbehaving rear end.

The lightweight nature of Caterham’s can often leave a welcome surprise when it comes to fuel economy, this supercharged 620s provides no such pleasure. An average of 25mpg shouldn’t be too far from the truth, combined with the small tank, you’ll be lucky to get more than 130 miles before needing to fill up. While on the topic of price, this car exceeds the starting price of a Cayman S. This point becomes redundant however when you consider who will buy this car. They’re a niche within a niche, they don’t care about practicality or fuel economy. They’ve bought this stripped out, supercharged rocket to enjoy themselves fully when they get some free time. They’ll swap out their suit and company car, for a wool hat and a pair of racing shoes when Friday comes around.

However, we’re not sure if this the car they’d buy. They’ll no doubt be expecting the ultimate experience and unfortunately this car can’t provide that. There are times where you’d be thankful for having a more relaxed car the 620r, but this car isn’t a daily driver, it’s there for highly spirited driving and for that, why would you settle for second best? You’ve got your daily driver to provide your comfortable motorway cruises so why not go all out and get the ultimate drivers car with the 620r?

“I adore Caterham, every car they produce is a masterpiece. Their mission to create the ultimate driver’s car really puts an otherwise small company on the map. There’s something very appealing about the wind blasting your hair as you negotiate a hedge lined B-road.” Roger Jetson, CH Render.