New automakers are soon flooding the market with new cars and Florida-based Exotic Rides is among the lot. The company has been in the market for quite some time producing custom bikes and cars, but they have decided to come up with their very first supercar that will be among the fastest vehicles on the road. The all new supercar will be called W70 and will produce 600 horsepower. Under the hood, it will be powered by a LS7 7.0 liter V8 engine that will be sent power to the rear wheels. Apart from that the company has also announced a turbocharged version that produces 800 horsepower. 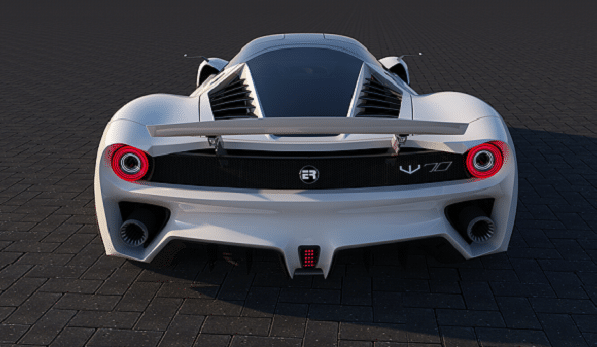 The car is heavily inspired by Ferrari and designed by Australian automotive designer David Williams. The company claims that they will come up with the production model of the vehicle by the start of 2015 and that they have already started taking orders for it. So far Exotic Rides only have Facebook page as their online presence. While there is not much known about the car many car experts believe that Exotic Rides may possibly become one of the popular names in the supercar industry as they launch and come up with better versions in the near future.