Automakers today are constantly experimenting with new hybrid technologies that can allow them to reduce the environmental footprint and also offer better fuel economy and better savings to the car owners. Ford has been keen on improving their market share of electric vehicles in the US market and they have gradually grown over the past few years. The automaker has now revealed that their share in the electric vehicle market has grown to 16% during the first half of the year 2013 which is 12 points increase over last year in the same period. In terms of overall market share they have been steady and they have grown 1 point higher considering the high competition in the market. 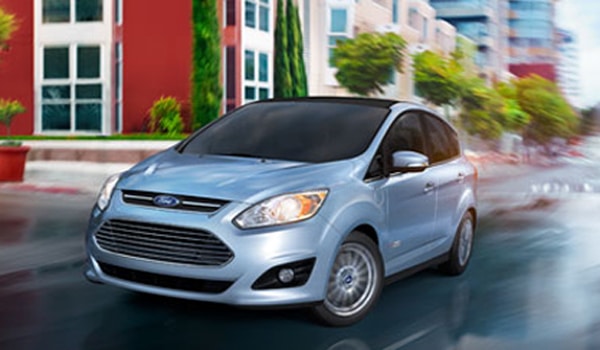 Ford also recently made an announcement that they are also keen on improving the overall infrastructure that they have for the production of electric vehicles and therefore they are hiring new engineers and also expanding the research facilities for hybrid vehicles where they can experiment with new ideas and concepts that they can later introduce in the market. The report also indicates that while Ford has managed to climb up in the market of electric vehicles Toyota has market share of electric vehicles have dropped by 8 points. Ford also stated that after the market analysis they have found that more and more consumers today are trading their Toyota Prius for Ford’s C-Max Hybrid that offers better features and fuel economy.

In the report, Ford has said that they have sold 46,197 vehicles from January 2013 to June 2013 which is 400% higher than the numbers that they had last year in the same period. The biggest factor behind this growth rate is Ford C-Max Hybrid and Ford C-Max Energi plug-in hybrid that have managed to gain more customers for the company. Ford also claims that they have seen a huge growth in coastal markets like California, Florida and Texas based on the Polk retail registration data. The report also highlights the fact that 64% of the Ford C-Max Hybrid buyers are non-Ford buyers and this is the first time that they have switched to Ford which is a positive sign for Ford to grow locally and nationally. Apart from the Ford C-Max Hybrid vehicles, Lincoln MKZ is also bringing up more customers as the sales of Lincoln MKZ have shot up 20% in the last six months. Ford executives also believe that better fuel economy cars have helped them to see this positive growth in the year 2013.