General Motors announced their plans to add 4G LTE connectivity to many of its vehicles by the 2016 model year’s end. One of the more interesting features that will utilize the 4G LTE connectivity is GM’s new On Star Driver Assurance unit. The On Star Driver Assurance system will monitor many systems inside the vehicle and will message the car’s owner when it senses that certain components need replacement. Consider this a major improvement over the “check engine” light that only informs you that something could be wrong. 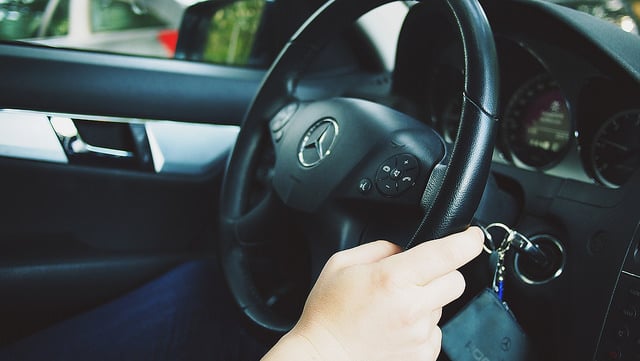 First, let’s look at what all the Gs refer to. The “G” stands for a generation of mobile communication technology, available on cellular networks and on phones. The first couple were analog cell phones (1G) and digital phones (2G). 3rd-generation mobile networks, or 3G, came to the United States in 2003. Today, 4G LTE phones are over ten times faster than 3G phones and are capable of handling download speeds between five and twelve Mbps (Megabits per second) and upload speeds between two and five Mbps. They are super, super fast.

The way the new Driver Assurance system works is that sensors in the vehicle track how various components are performing. The data is then uploaded to On Star’s servers over a 4G LTE network, and run through software that assesses the conditions of the parts. If it appears there is an issue with an individual system or component, drivers can get notified via text message, in-vehicle alerts, email, or through the On Star smartphone app.

Initially, the On Star Driver Assurance technology has focused on the starter motor, battery, and fuel pump. Those are all components that have a fixed lifetime of operation and are all needed to start a car and keeping it running. If one of these components fails, it can leave a driver stranded, which is obviously a situation most would like to avoid.

GM has announced that the capability would be available on the Corvette, Equinox, Silverado, Suburban, and Tahoe automobiles, followed by others in future years. The system has included a three-moth/three-gigabyte trial of 4G LTE data. People have chosen to purchase the system after the trial, typically buying access to one gigabyte of data per month.

Soon the On Star Driver Assurance system will be upgraded to deliver alerts to owners on other basic things like tire pressure, oil life and other routine diagnostics. These alerts will be delivered approximately once per month.

Several other new things are also coming to GM vehicles on the 4G LTE system’s backbone. One new cloud-based feature, called “At Your Service”, for example, connects people with relevant merchants based on where they are headed. These include price line.com, Dunkin’ Donuts,  and Audio books, among others.

We hope that you have enjoyed this article about this significant vehicle upgrade, and learning about what GM has to offer to prospective buyers of their vehicles. Thank you to the Sales Manager at this Chevrolet dealership in Laurel, MS, for the help provided with this article!