GMC Integrates with Madden NFL 25 for the First Time

Automakers these days are looking for better ways to promote and market their new vehicles and now GMC has decided to become the official vehicle of EA Sports Madden NFL 25 on August 27. While making the announcement GMC revealed that on the same day 25th Anniversary Edition of the Madden NFL franchise will arrive in the stores but for the first time it will have GMC vehicles integrated with the game. The new game will have all new GMC vehicles including 2014 GMC Sierra full size pickup truck along with Yukon, Acadia, and Terrain models. 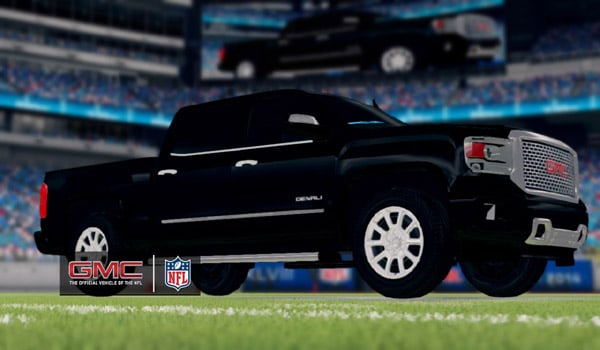 Announcing more about the introduction of the vehicle in the game, GMC said that the vehicles will enter the game at certain points in the gameplay including one after a Super Bowl victory. To make it feel real, Madden NFL will award the game’s MVP with a vehicle. Since GMC is integrated with this version of the game the GMC Official Vehicle of the NFL Logo will be visible on the scoreboards and on various advertisement boards around the stadium. To make the game interesting fans will also have the opportunity to handpick GMC Collection of Professional Grade players that can be purchased through Madden Ultimate Team packs. 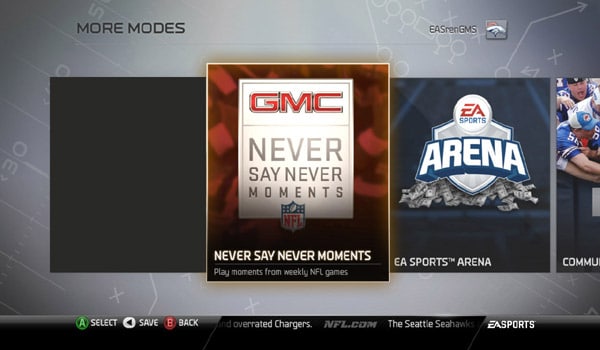 Since GMC is involved in the game the players will see some changes in the game which focuses on the brand involvement. During the NFL season GMC will select the Never Say Never Moment of the Week based on the impressive performance, intelligence and preparation of the game. These moments will be allowed to replay in-game at regular intervals but for that users will have to have internet connection and an Origin Account and all account creators must be 13 years of age and above. GMC has also come up with online sweepstakes that will be available until August 1 that will allow users a chance to win free tickets to EA Sports Tiburon Studio in Orlando where winners can meet the programmers and test the game before it is released for the public. The winners will also get to drive around the town in the all new 2014 GMC Sierra pickup truck.

Sedan vs coupe is an old battle that has been fought by many car enthusiasts as some prefer vehicles like Integra sedan, and others like to have cars like Chevy coupe. But, most of the debaters have... END_OF_DOCUMENT_TOKEN_TO_BE_REPLACED