It’s no surprise that the Ford Transit is a van popular in all corners of the globe. Since its creation back in 1965, it has proven time and again that it’s a dependable workhorse for all that own and use it.

More than seven million Transit vans got produced since it first went on sale. The current fifth-generation model has only been on sale for a few months. But it’s proving a hit with both individuals and businesses alike. 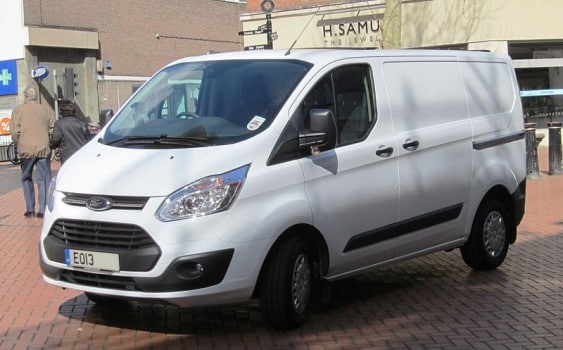 So, what is it about the new generation Ford Transit van that will make you fall in love with it? In fact, what’s so special about it? After all it’s just a panel van. And vans usually don’t have any features or “creature comforts” that you might find in today’s modern cars, right? Wrong!

It might surprise you to learn that the Transit boasts a whole bunch of features and technology, even in its most basic format! I’ve listed a few reasons why the mk5 Ford Transit is the perfect van for you. Of course, you don’t have to believe what I say as you can verify these points at the vanwisegroup.com website for yourself!

It’s not a “one size fits all” model

You might think to yourself that there’s only one size Transit van available to buy. But, did you know there are a few different options?

The two-tonne Transit, like the one shown in the photo earlier, is the model we are all aware of.

There’s also a one-tonne Transit Custom for those that don’t need to carry so much cargo around. The Transit Connect is a smaller van is perfect for situations where parking spaces are at a premium. And if you want a van similar in size to a city car, the Transit Courier is the model for you!

There are passenger versions too

If you like the look of the Ford Transit models, but you need to ferry lots of passengers around, I’ve got some good news for you. You can now buy the Tourneo Connect and Tourneo Custom.

The two models are both based on their Transit Connect and Custom brothers respectively. You can even get a motorhome version too which utilises the front-end of the standard Transit van!

If you like gadgets, you will love the new Ford Transit van! Some of the features you can get include a reverse parking camera, adaptive headlights, and cruise control. They are things you expect to find as standard in a car. But not a van!

The mk5 Ford Transit also boasts the latest “Ford SYNC” technology. In layman’s terms, you can pair your Bluetooth-enabled mobile phone to the infotainment system. That means you can make and receive calls on the road without affecting your driving or concentration.

Some models even feature DAB digital radio and satellite navigation as standard. Gone are the days where you had to “make do” with a basic FM radio and cassette player. The new Ford Transit has got more features than you can shake a stick at!