Honda Prepares itself for the 2014 Arenacross Championship Challenge

Arenacross stands a much newer sport compared to the Supercross. AX is another name to which the Arenacross is also referred to. Currently, the 2014 Arenacross UK Championship is closer on the horizon and Honda (UK) is looking forward to hit the ground running this year with a strengthened defense of the Pro Class Championship where they had achieved a dominant position in 2013. The current Champion of the event, Mr. Adam Chatfield joins the official Honda team again to defend his gained title aboard the CRF450R. Mr. Adam Chatfield will be joined by the new Honda signing Elliott Banks-Browne. Elliott Banks-Browne will also bang bars with Italian former European AX Champion, Angelo Pelligrini and crowd’s hot favourite Brad Anderson who will be ridding the red machines. The runner-up of the last year, Nev Bradshaw will also be entertaining at the party to offer an ultra-strong Honda line-up on the track. 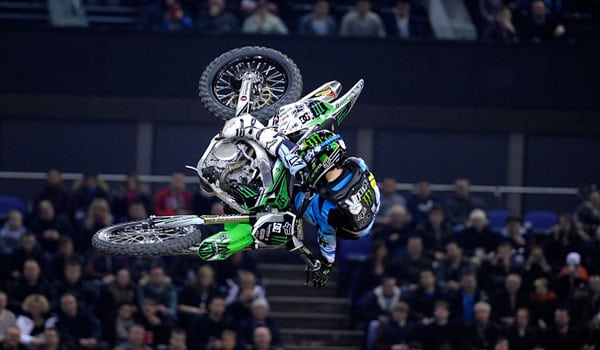 Honda (UK), off the track, strengthens its involvement in the Arenacross further by coming as a series partner on board. As a part of this very exciting partnership, a brand new Honda CR-V for a year will be offered to the winner of the 2014 Arenacross Pro Class. Furthermore, the live audience present at each event of Arenacross will also have the opportunity to win a CRF125F and get on a Honda. It is certainly going up to be a thrilling, fantastic and closely fought series as the Arenacross will begin on January 17-18 at Belfast’s Odyssey Arena with a double header.