Hyundai i20 Active, a Crossover Truly Worthy of Your Attention

Hyundai India has big plans for this spring, plans that involve a very impressive car that has been dubbed as the i20 Active. Hyundai’s new crossover will of course be based on the South Korean giant’s i20 model, which has already been making waves in Hindustan. The new version was created at Hyundai’s Germany based design center at Russelsheim, and it promises to be one truly remarkable crossover. The new design brought over the strengths of the i20, adding a little something to it here and there. The biggest changes will be of the aesthetic nature. The Active version’s exterior and interior will be even more reminiscent of a sports car. 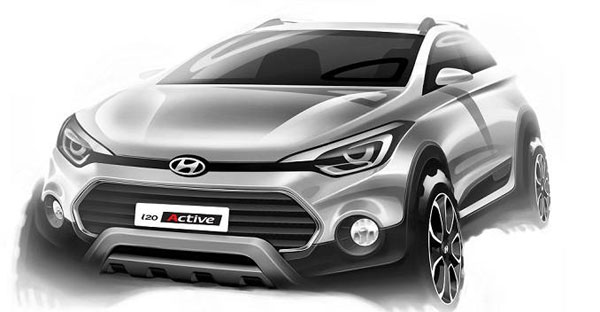 In addition to that, the skid plate, the bumper and the lamps have all been replaced, along with some very interesting changes to the rear profile. The customized version of the i20 will have a reflector with a more circular shape, and it will also incorporate a silver skid plate. The bigger alloys and additional body elements will be the cherry on the top of that slick, sporty cake that will surely mesmerize many new customers in India. To be able to handle (literally) all that awesomeness, the company increased the car’s ground clearance, and to top it all off, the Active will be equipped with a new infotainment system.