At the forthcoming Geneva Motor Show, Jaguar plan on unveiling their latest creation, the XFR-S Sportsbrake, a 390 kW supercharged estate care. Boasting the power and torque packed into Jaguar’s F- Type R Coupe, this estate car packs the same 390kW and 679Nm of torque. Featuring a sleek and enticing look that is enhanced by its new front bumper, front splitter, extended side sills, deeper rear arch moldings, extended rear bumper, central diffuser and new 20in forged alloy wheels, no one can deny this cars aesthetic beauty and appeal. Hitting an electronically limited top speed of 299 km/h, the XFR-S can go from 0-100 in 4.8 seconds flat, which is quite impressive, though not as fast as some of its competitors are. 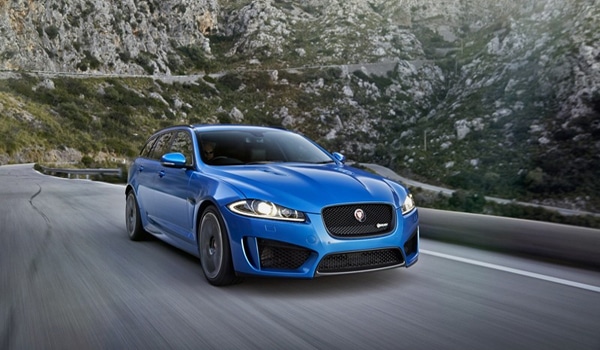 Nevertheless, its speed is undeniable and the engine’s four-valve cylinder heads,  lightweight aluminium block with cast iron liners,  Roots-type twin vortex supercharger with two intercoolers and larger front air intakes over the saloon itself that allow more air in allow for a bigger explosion and hence more burning rubber laid on the tarmac as you go screaming off into the distance. In addition, the XFR-S has an automatic eight-speed gearbox that was designed for the F-Type and escapes through “near straight-through’ exhaust pipes that provide a “motorsport-style” crackle on the overrun. 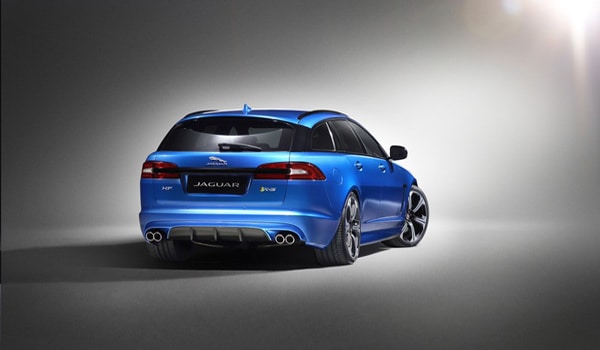 Other changes include revisions to the rear suspension system which now features new anti-roll bars, stiffer springs and bushes, retuned dampers, and a modified rear axle, with both the front and rear being stiffened by around 30 percent over the standard XF. What is more, the brakes are measured to be 380 mm up front and 376 mm in the rear, with additional cooling provided by under-body air channeling and there is also an active electronic differential and stability control.