In an attempt to expand the market, Jeep has decided to debut their all new 2015 Jeep Renegrade at the 2014 Sao Paulo Motor Show. Jeep believes that the new Renegrade will be an ideal vehicle for the narrow roads in Latin America market while it also offers best in class off-road capabilities. The automaker revealed that 2015 Renegrade also provides open air driving experience along with a nine speed automatic transmission which has been used for the very first time. The vehicle also gets fuel efficient engines along with world class safety and security features that will attract young buyers in Latin America. 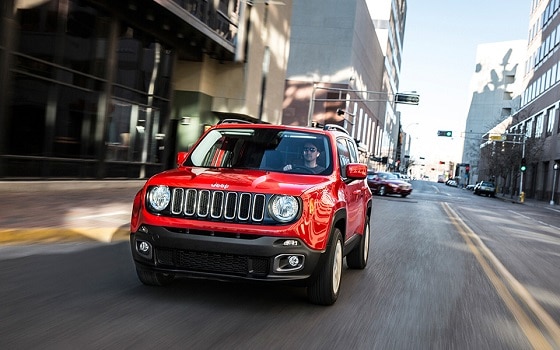 To make it appealing, Jeep Renegrade has a great exterior styling that looks great and rugged at the same time. In Brazil, the vehicle will be available with two engine options. It will be available with flex fuel 1.8 liter E.Torq engine mated with either five speed manual or six speed automatic transmission. The second version will have 2.0 liter Multijet 2 diesel engine coupled with nine speed automatic transmission. It will also be the first ever SUV to have a diesel engine in Brazilian market. The vehicle also incorporates other features like ParkAssist and the sales will begin in the second quarter of 2015.