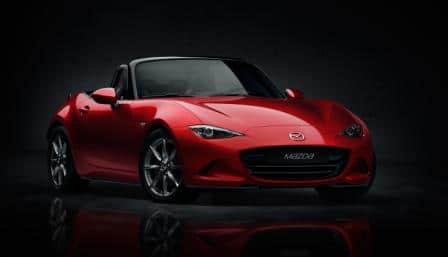 Although the fourth generation Miata concept has already been presented at the 2014 Paris Motor Show and 2014 Los Angeles Auto Show, it is coming to Chicago with further refinements. The image released by the automaker shows only the rear end of Miata. However, we can precisely observe key modifications in the design including a rear lip spoiler on the trunk lid and a lower glossy valance that seems to be crafted with carbon fiber.

Mazda is all set to unveil the production version of 2016 Mazda Miata at this year’s Chicago Auto Show, starting February 14. Moreover, the company will also be introducing its Heritage Collection based on three clothing lines, inspired by Past, Present and Future.