The All-New Thundering Subaru WRX is here! And guess who’s it for?

The Japanese automaker Subaru is finally unleashing its special edition of the WRX outside Japan. Subaru has publicized and created many special customized editions of its WRX but the majority of them didn’t make it out of the Japanese market. But this time they are releasing one special edition of WRX known as “Raiu” which is particularly for the Canadian market.

The interesting part is that it is the first special edition in over fifteen years which has been offered to any country in the north.

The edition ‘Raiu’ is named after the Japanese word for a thunderstorm. The WRX Raiu is based on the WRX sedan (non-STI guise) with many modifications and upgrades which basically include trim enhancements. 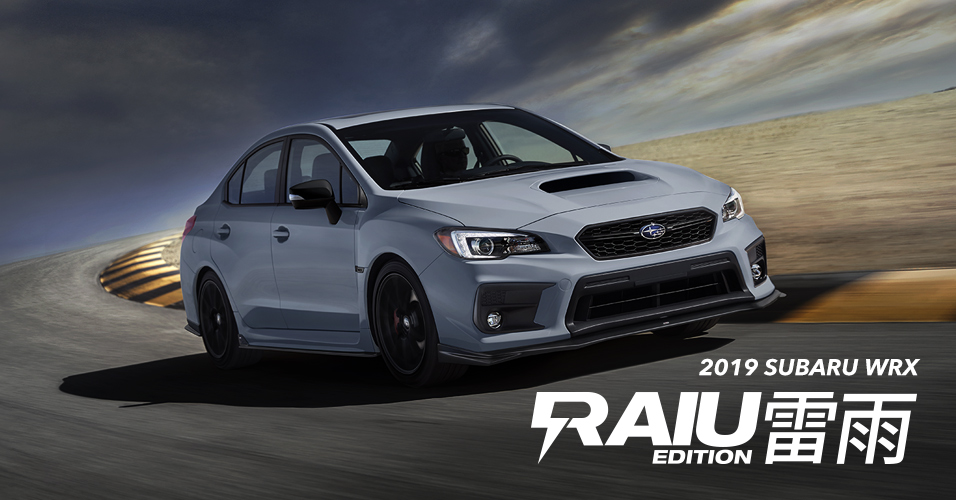 For a start, it will be launched in an exclusively cool Grey color, with blacken door mirrors, shark fin antennae’s and exclusionary badging. It is also expected to get a small amount of STI parts which include ground effect aero pieces and a short throw shifter.

It will be based on the Sport-Tech RS trim which means that it will be having specialized Recaro seats, ultra-suede upholstery, red calipers, Jurid brake pads and a seven-inch infotainment screen which will come with a nine-speaker Harman Kardon audio system. It might seem identical to the WRX’s Grey edition which was announced for the U.S market.

Raiu will have a 2.0L turbocharged boxer with four’s output remained unchanged i.e. it will be producing a horsepower of 268 and with a torque force of 258 lb./ft. it is a Four-Wheel Drive and comes with a six-speed manual transmission. Only 100 of these customized cars will be made for sale in the Canadian market by the Subaru’s 93 official dealers in Canada. The price tag is expected to be $40,995 to $43,020 in Canadian dollars.