Stephane Peterhansel gets the overall lead only on the second day of the 2014 Dakar Rally through his #300 MINI ALL4 Racing. The winner of the 2012 and 2013 Dakar in the MINI ALL4 Racing and eleven-time Dakar champion sealed the day victory getting 28 seconds ahead of Carlos Sainz (ES) propelling him into the overall lead of the 36th edition of the Dakar.  Apart from a strong performance by Peterhansel, the second leg was also a good one for his teammates. It took 145 competitors in the car category from San Luis (AR) to San Rafael (AR). In the 2014 Dakar, a total of eleven MINI ALL4 Racing cars are competing. All of them are based on MINI John Cooper Works Countryman and are modified by the X-raid factory-supported Team for meeting the high demands of the Dakar Rally which is the pinnacle of off-road motorsports these days. With a combination of reliability, power and efficiency, the MINI ALL4 Racing proves itself competitive from its very first Dakar start in 2011. It won the hearts of its fans from the word go. 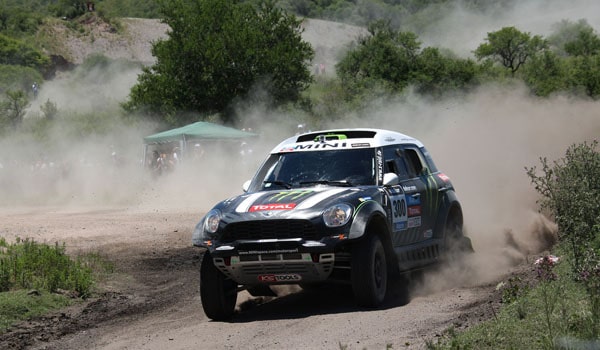 The MINI ALL4 Racing had a huge breakthrough when it won the 2012 Dakar Rally only its second appearance in Dakar. In 2013 the MINI brand defended its title at the first attempt and hence proving that its previous Dakar success was not a flash in the pan. This year, the MINI brand and the X-raid Team are aiming at achieving their third Dakar title in a row as the 2014 Dakar will end on 18th January in Valparaiso, Chile.

Sedan vs coupe is an old battle that has been fought by many car enthusiasts as some prefer vehicles like Integra sedan, and others like to have cars like Chevy coupe. But, most of the debaters have... END_OF_DOCUMENT_TOKEN_TO_BE_REPLACED